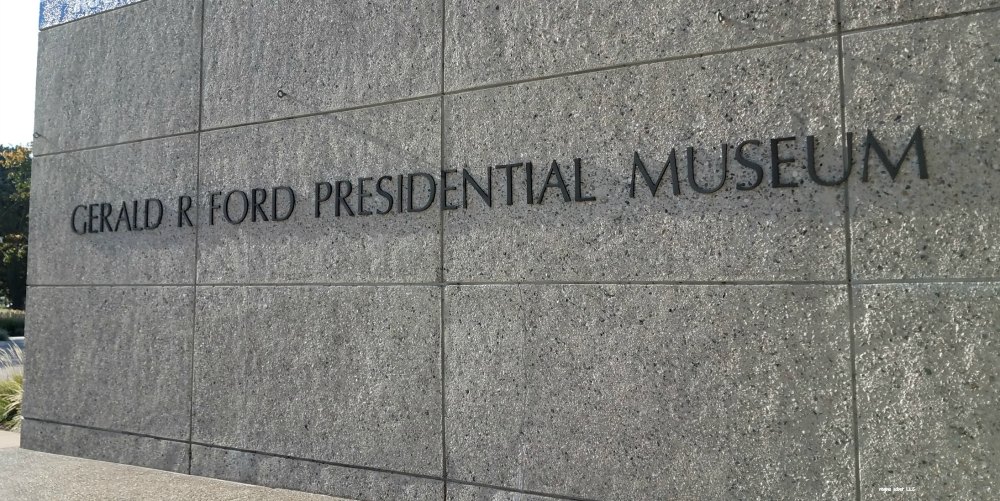 The museum is located at  303 Pearl St NW in Grand Rapids. This is across the street from the Grand Rapids Children’s Museum.

There is a fee to tour the exhibits in the museum.  You can view the gardens where President Ford and Mrs. Ford are buried at no charge.

There are photos of him during his presidency and a helicopter that carried the last refugees out of South Vietnam. It was humbling to walk through and view the life of a president that was president when I was young.  I had learned about some of these events in school, but seeing them up close, resonated deeply and made it real.

This is definitely a place to visit when in Michigan. There is also a section that has letters from children after he died and photos as well.

How many presidential libraries/museums have you visited? Which has been your favorite? 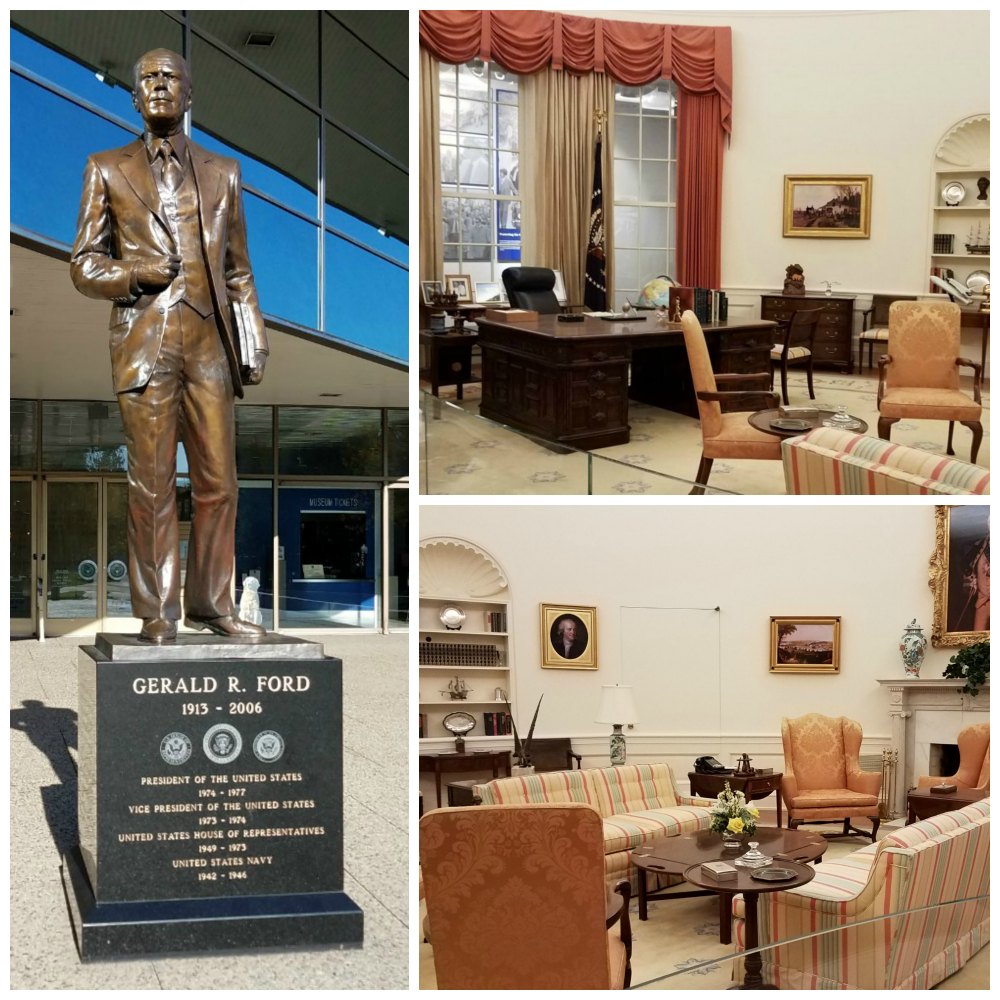 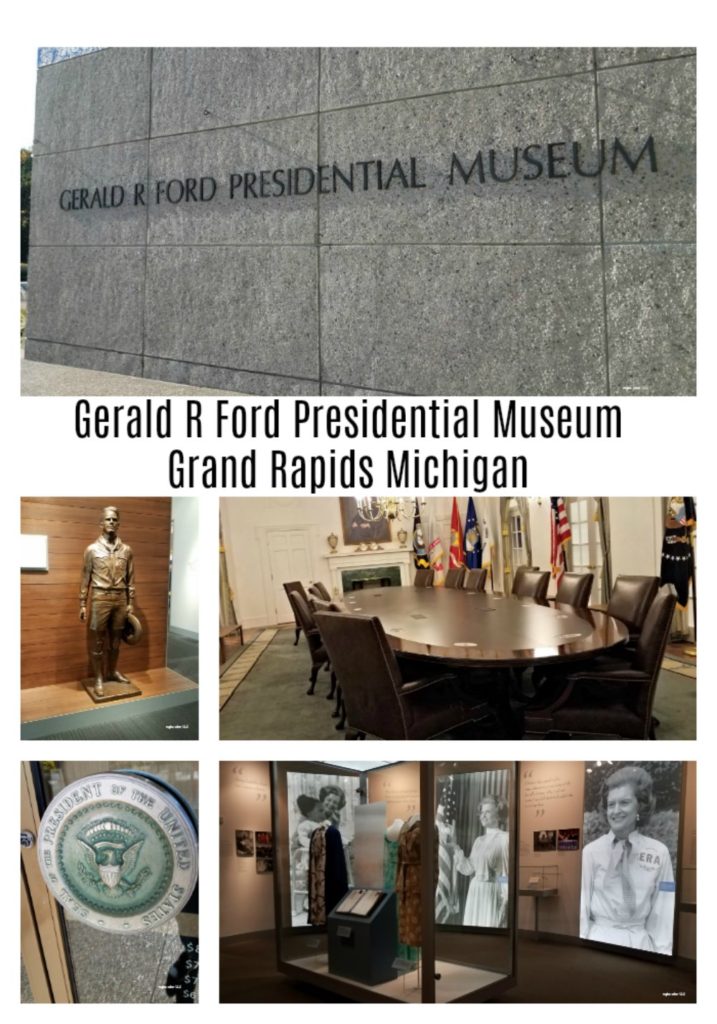