A huge thank you to the Rutherford B Hayes Presidential Library and Museum for hosting my families visit to Spiegel Grove in Fremont Ohio. 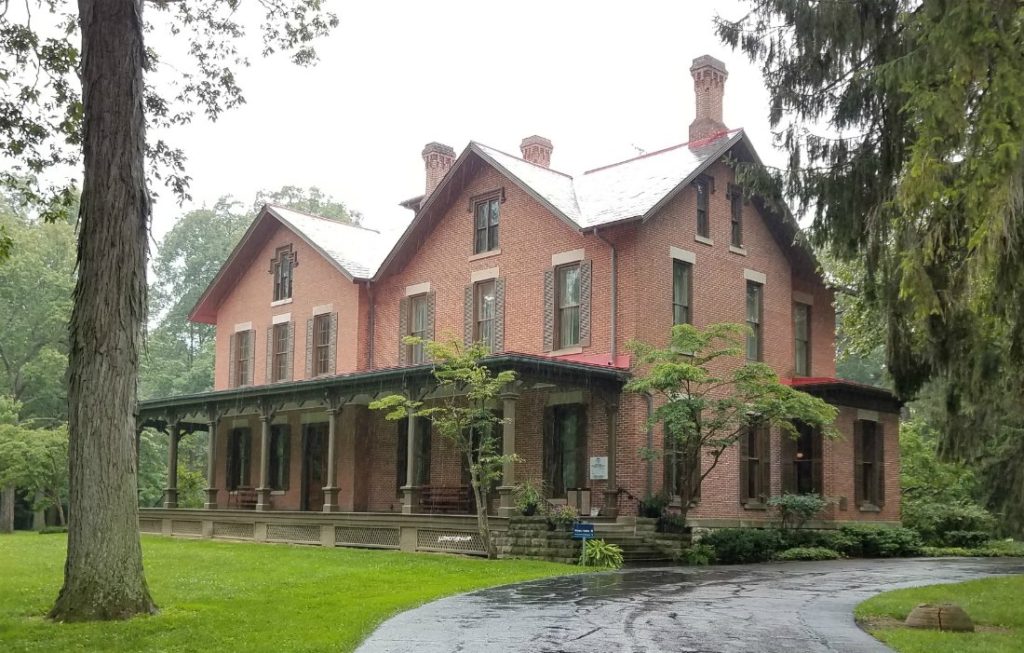 The beautiful red brick home of Rutherford B Hayes was built in 1873 by Rutherford’s Uncle Sardis Birchard (his mother’s brother). This house is actually a mansion (over 23,000 square feet) and was built on the properties 25 acre grounds.

The Hayes family lived in the house until 1965 when it was turned over to the State of Ohio.  As you can imagine, not everyone kept the home like it was originally decorated.  The home restoration is completed for now.  The care takers have restore the first floor and the Little Smithsonian on the second floor to how they looked when President Hayes lived there.  Most of the 1st and second floors are available to see in their glory. The presidential museum and library are located in Fremont, Ohio.

The state does not fund the restoration project, they rely on private donations and visitors.

As you walk through the house, you see furniture actually owned and used by Rutherford and Lucy.  You see the bed they slept in.  There are picture on Rutherford and Lucy’s bedroom walls of both of their mothers.  You see the chairs they sat in and how they decorated their home.  (some furniture might not be in same room as when they lived there, but it’s their furniture).   There are photos that show you how the house looked before renovations were done.  Be sure to look throughout Spiegel Grove for Lucy Blue (as the caretakers calls it).  Lucy’s favorite color was blue and you can find hints of it throughout the home. 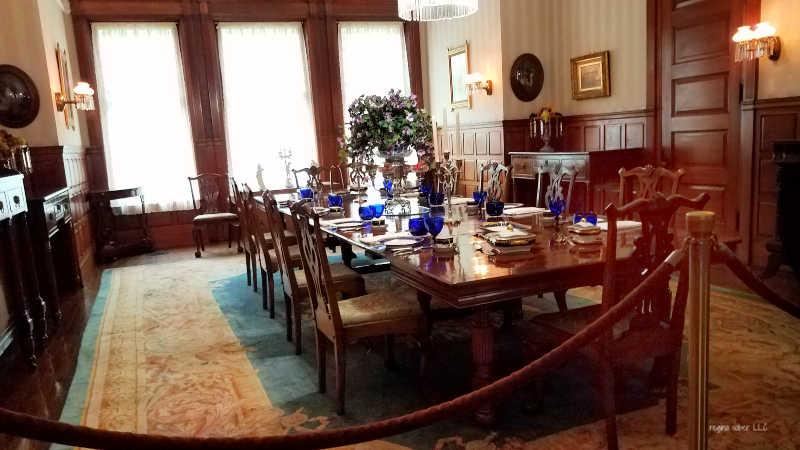 Their daughter Fanny’s furniture in her room (also called the Washington room), was brought back from Washington, D.C. to Speigel Grove.

We were able to see the 1st and second floors of the home, including their bedroom, bathroom (yes!), dining room, library and a huge room I believe they used for entertaining.   The second story has many bedrooms and private seating where they would relax.

Interesting things to look for while touring the home: 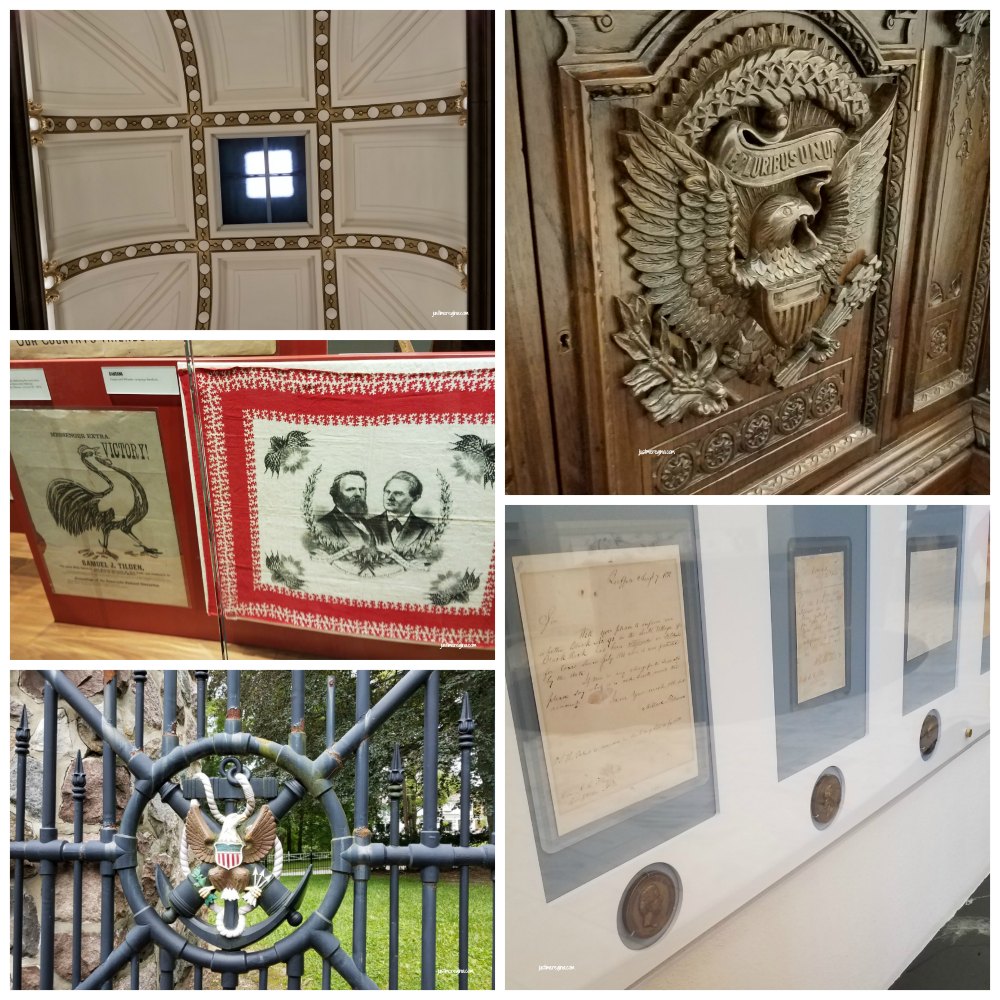 We then took a self guided tour through the presidential museum.  This is a museum you want to stroll through and just look at everything. There is a section for Rutherford & Lucy’s early years, civil war era and weapons (including a canon).   It was very humbling to see the extensive military collection.

Another section has presidential memorabilia including a replica of the resolute desk , his handwritten letters adorn one wall, artifacts owned by other presidents, including President Lincoln’s slippers.  My husband was honored to see President Hayes son Webb C. Hayes  medal of honor on displayed. 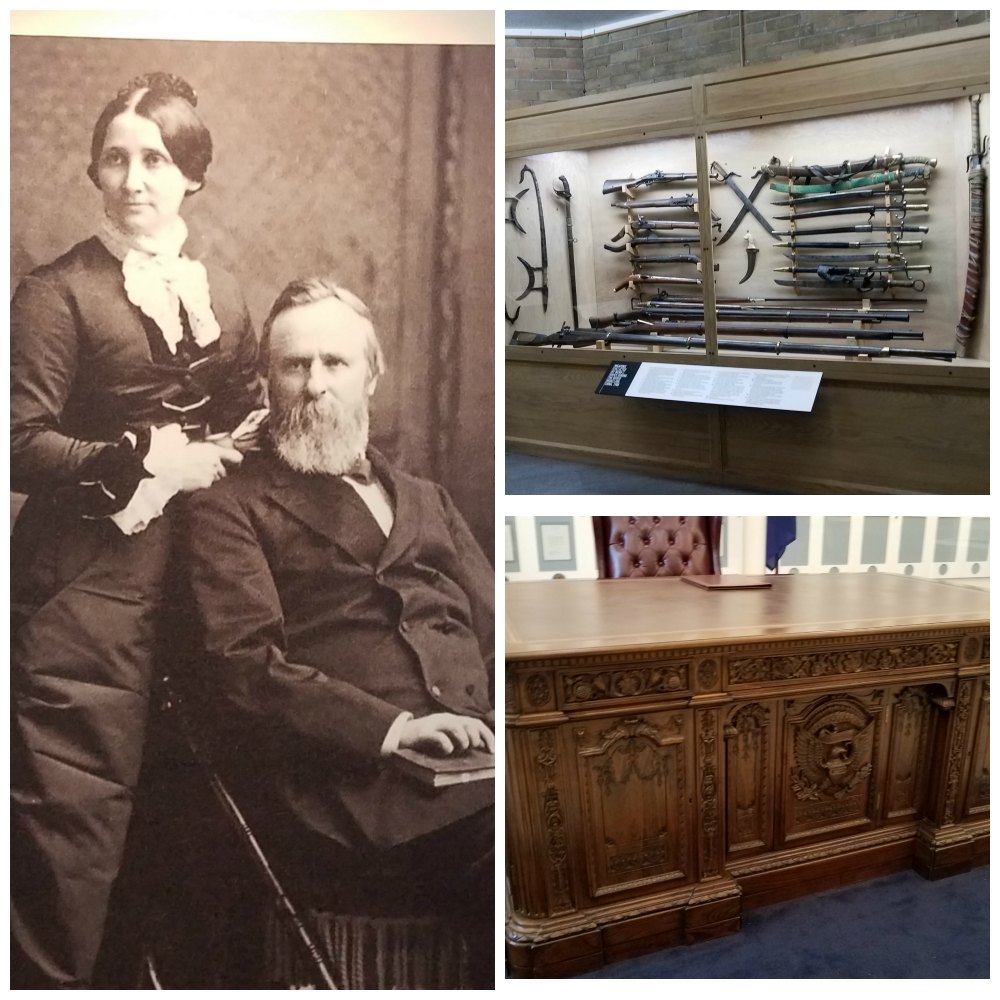 There are a lot of artifacts to see and enjoy, but be sure to look up and enjoy the architecture, including looking up in the rotunda.  Colonel Webb Cook Hayes, Rutherford and Lucy’s second son led the efforts to found the museum and library.

While this library is of a lesser known President (and overlooked in my opinion).  He was a patriot.  He was a wounded civil war Veteran and commander. After his presidential term, he went on to honor and support our Veterans in various organization.  He was a military general who served as our President and worked to champion these things during a difficult time after the civil war ended.  After being president, he preferred to be called general (I think because he loved his country so much).

President Hayes and Lucy along with their son Webb C. Hayes are buried within the grounds at Spiegel Grove. There is a tombstone made from granite from the Hayes homestead in Dummerstown, Vermont marking their burial site.

I did not go and tour the Library and I wish I would have.  It has over 12,000 books from President Hayes personal collection (he loved to read!)  You could say genealogy was a hobby in his spare time.  He spent a lot of time researching his and Lucy’s family and corresponding with them. I wish his were in my family line.

I’m proud to have taken this tour.  I learned so much about our family history and of a great president.

When you stop, which will you see first, the Rutherford B Hayes mansion, the library or the museum?

Make your stop a weekend destination by finding  other attractions to see around Fremont.

What other presidential libraries/museums have you visited? 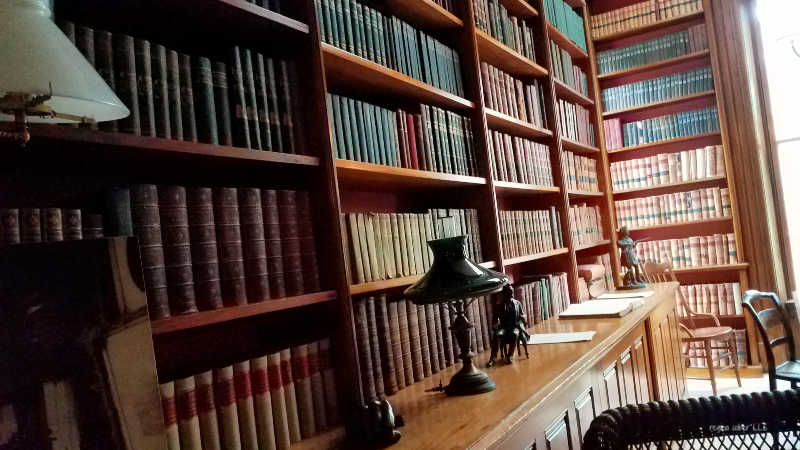 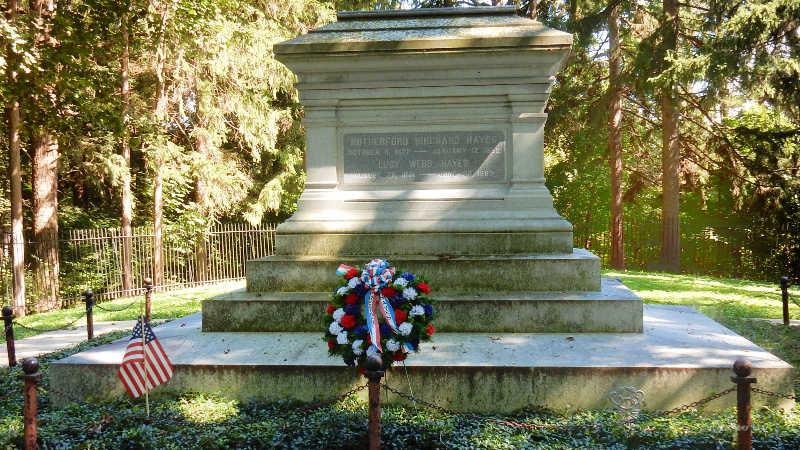 President Hayes and his wife Lucy are buried on Spiegel Grove Grounds. 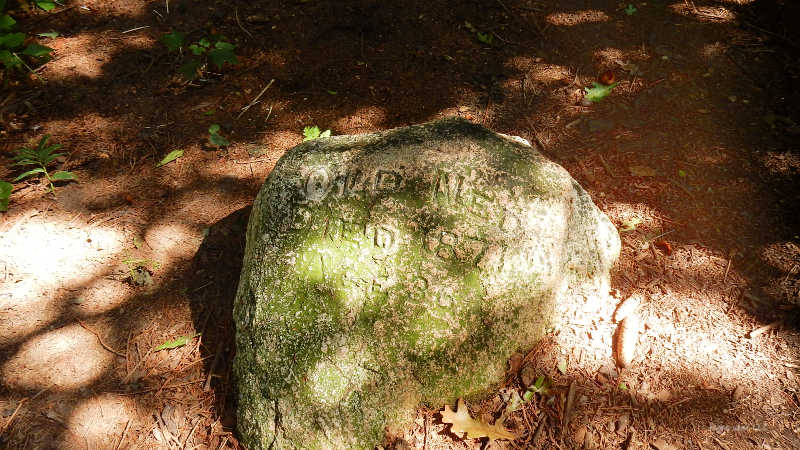 Located behind President Hayes’s headstone (and outside the gate), in the tree line, Old Ned the horse is buried.

President Hayes was born October 4, 1822 in Delaware, Ohio. His childhood home is no longer there.  Instead there is a gas station.  But if you drive by, there is a monument that is on display marking where his home once stood.   Located at 17 Williams Street, Delaware Ohio. 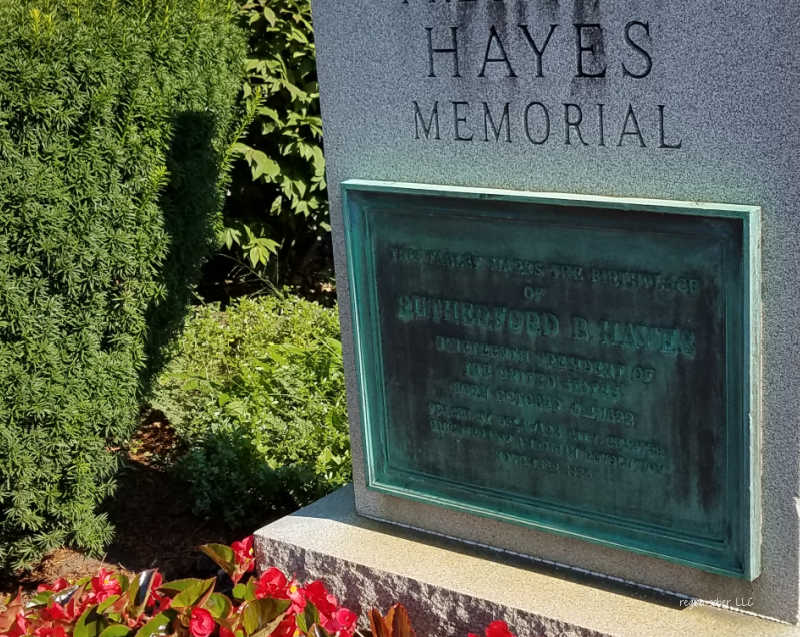