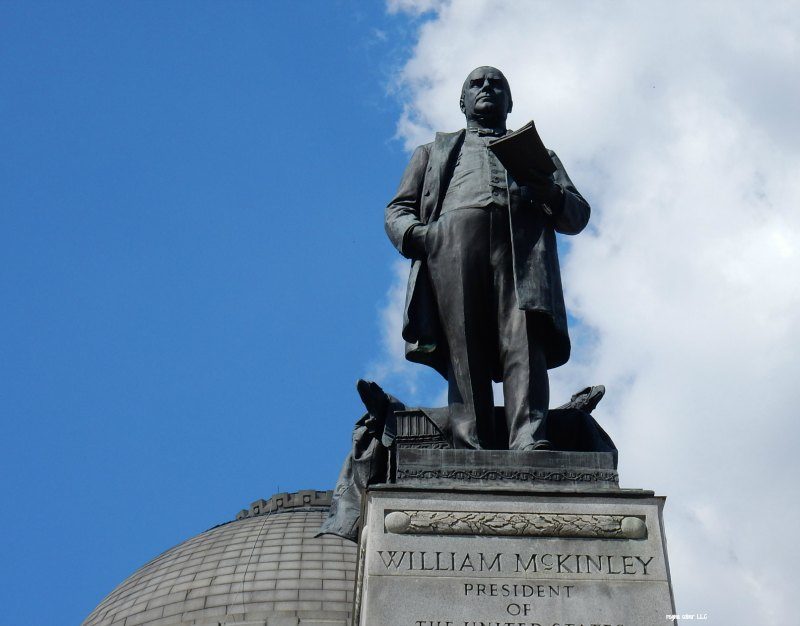 President William McKinley was the 25th President of the United State of America. In 1901 they began constructing a monument in his honor, located in Canton Ohio.  Though, he was born in Niles Ohio, he had started working in Canton, married his wife (Ida Saxton) and also ran for the presidency in Canton. 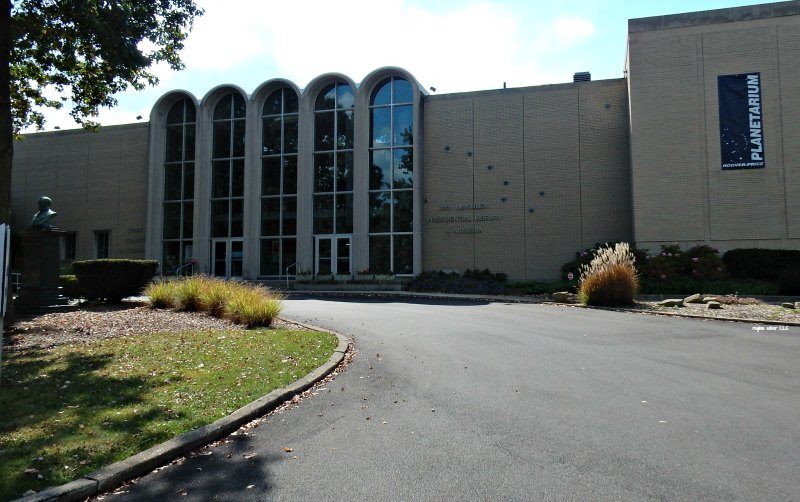 Drive through and between the building and monument to be taking to the monument without walking up the stairs.

In Canton City Memorial Park, you will find President McKinley’s museum and memorial.  You drive through a few turns and there in front of you is the mausoleum and the museum to the left.

Tip: In between the building and mausoleum there is a drive that you can take back behind and around the mausoleum.  This will take you up to the mausoleum without having to walk up all those steps.  You are welcome. 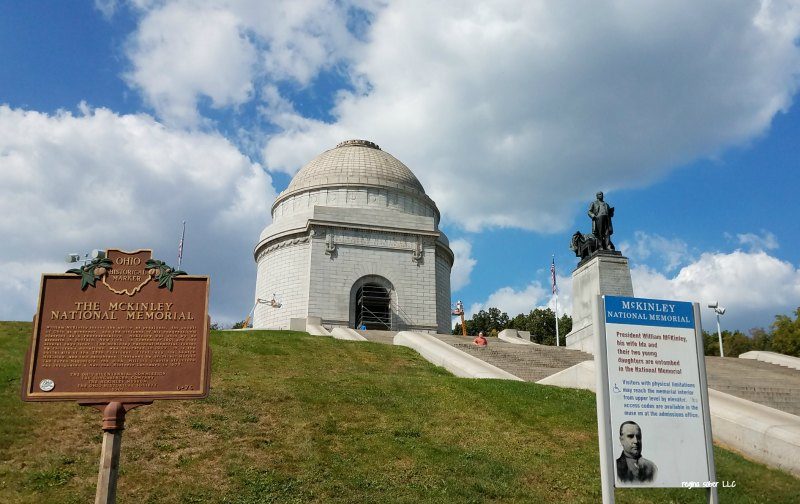 There are 108 steps to the monument.

What you can see in the museum

The museum has interactive buttons that go with the items on display.  You can press and read details on the significance of the items. 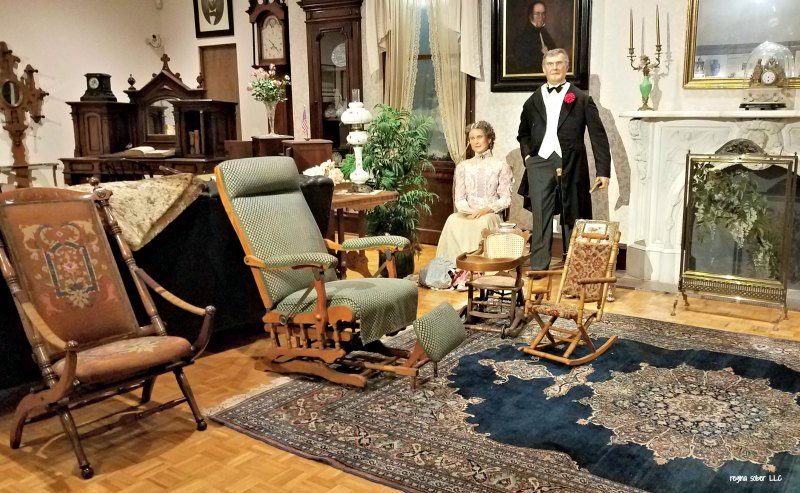 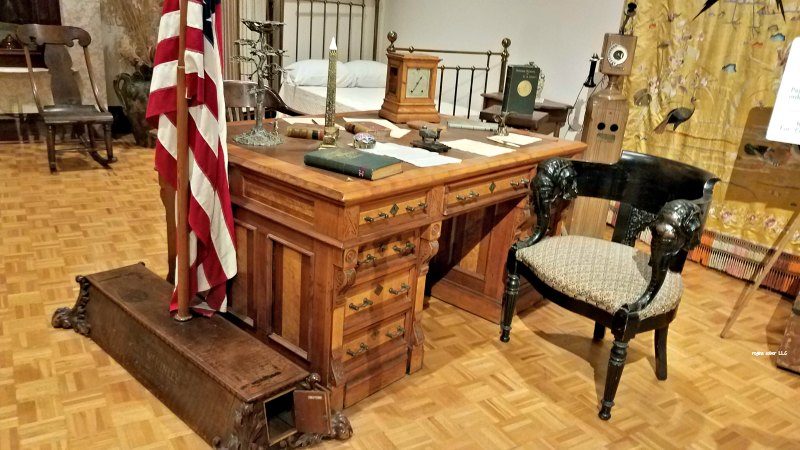 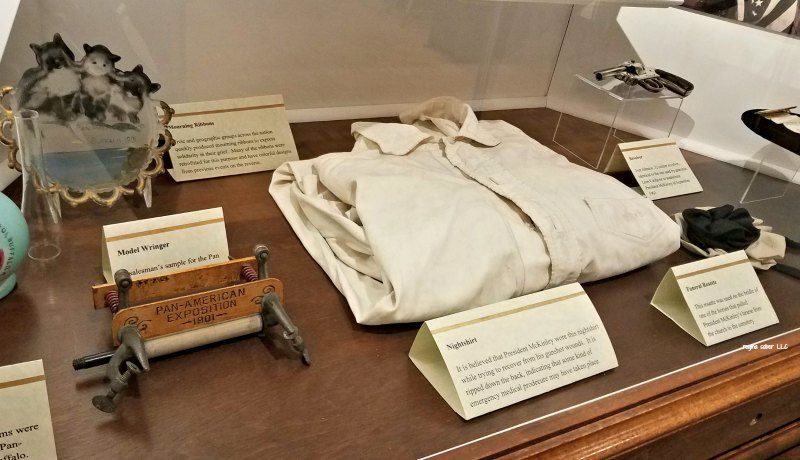 On display is a shirt believed to be worn when President McKinley was assassinated. 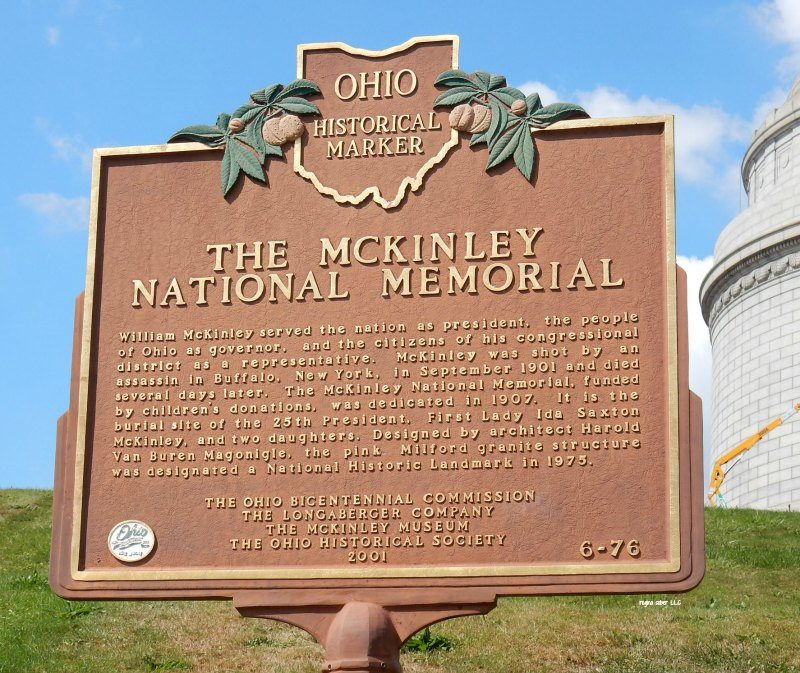 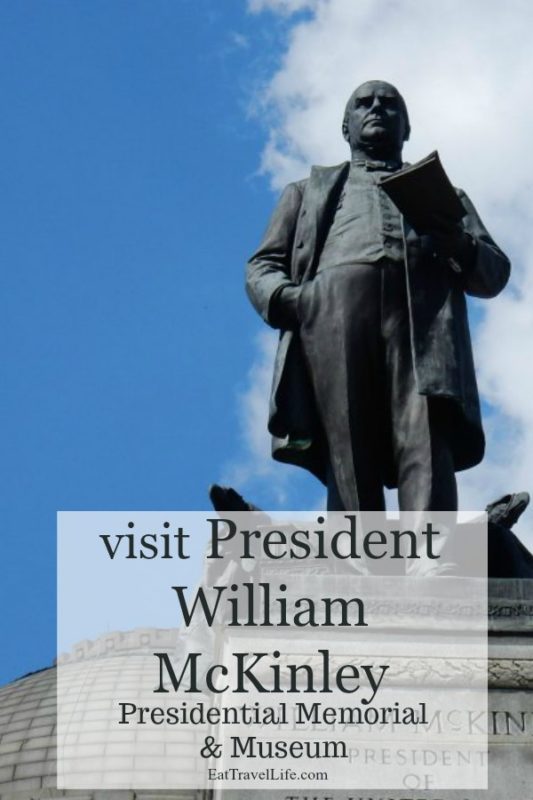