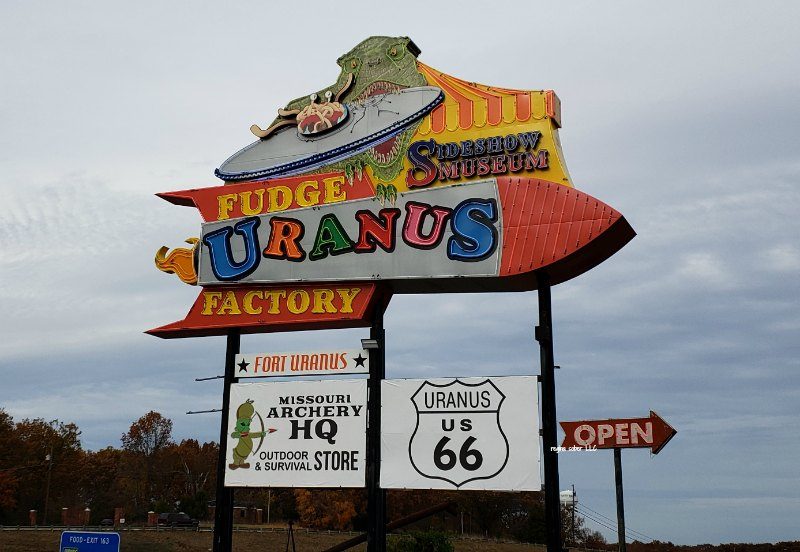 Located on Route 66, you will find a roadside attraction that will make you laugh and scratch your head in wonder.  Should you visit Uranus Missouri?  You just have to stop.  It’s a place like no other.

Uranus is complete with restaurants, dinosaurs, a fudge factory, an escape room and more.  There is even a newspaper.  With so many things to see outside and inside, you need to plan about an hour (if not more) to see everything. 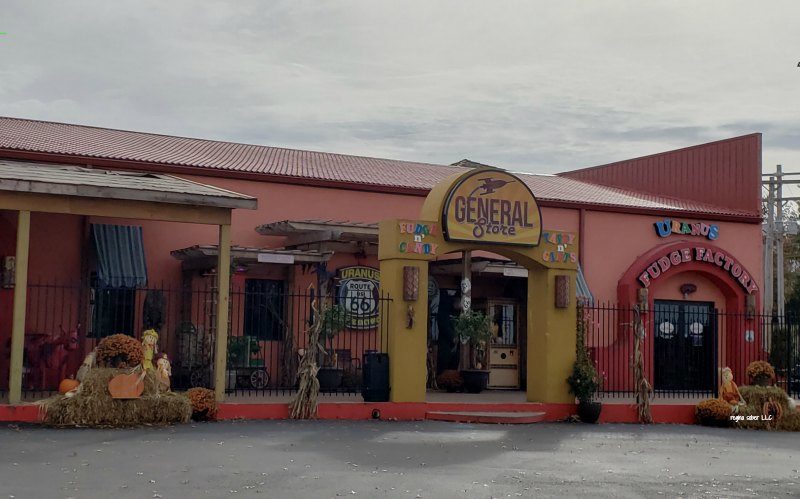 There are several buildings, like a small mini-mall with it’s own parking lot.  You can park anywhere and then stroll through the displays and visit the buildings and shop at the general store and fudge factory.

You have to stop into the general store and fudge factory.  It is a 10 year old boys dream of Uranus jokes galore throughout the store.  From the greeting when you arrive in the door “Welcome to Uranus”, until you leave “Thanks for picking Uranus”, the fudge and Uranus jokes are everywhere to shop and take them home to your friends and family.  From tame to racy, they have it covered. 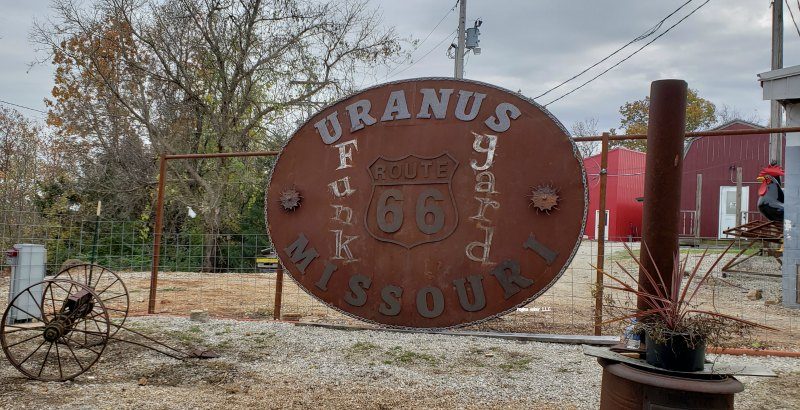 Be sure you go behind the food shack where the seating is, to see the Guinness World Record’s largest belt buckle.  IT’s huge and you won’t want to miss getting a picture for your worlds largest collection. 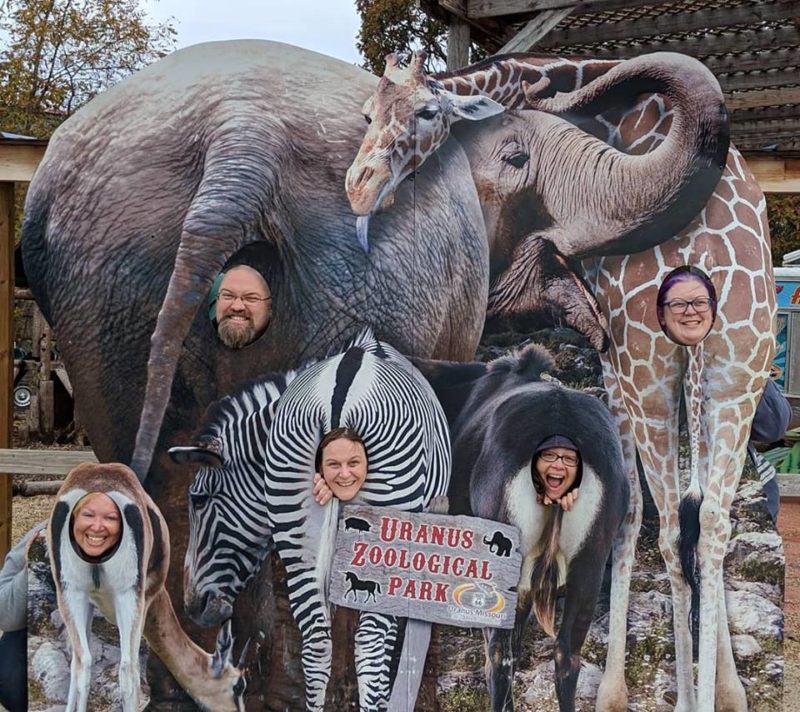 Who wouldn’t want to have a selfie to remember their time in Uranus?    Photo: BenSpark Family Adventure

take pictures while in Uranus

There are so many things to see here, you will forget if you don’t capture the moments.  Outside, you will want to get your photo taken with your family, making you the butt of the jokes.

Tip: Check the hours before you visit, some of the places were closed when we were there, so we were not able to see everything. 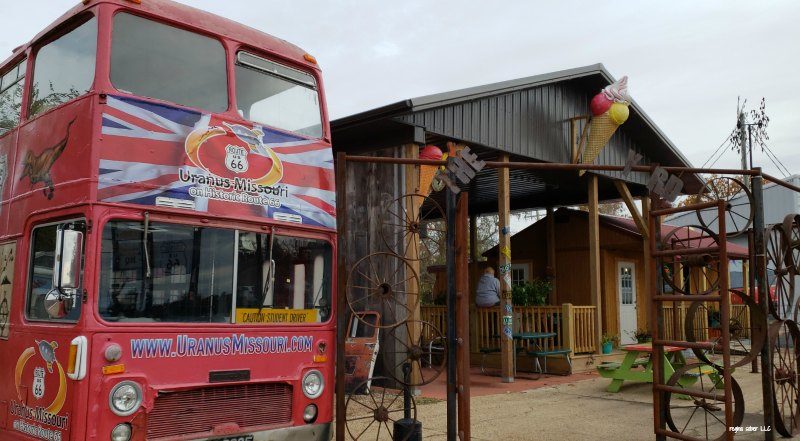 Fun Things to Do in Uranus: 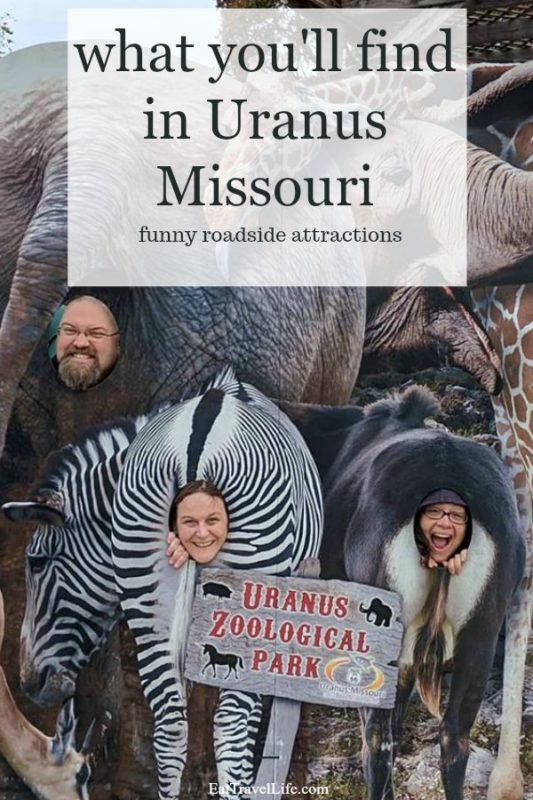