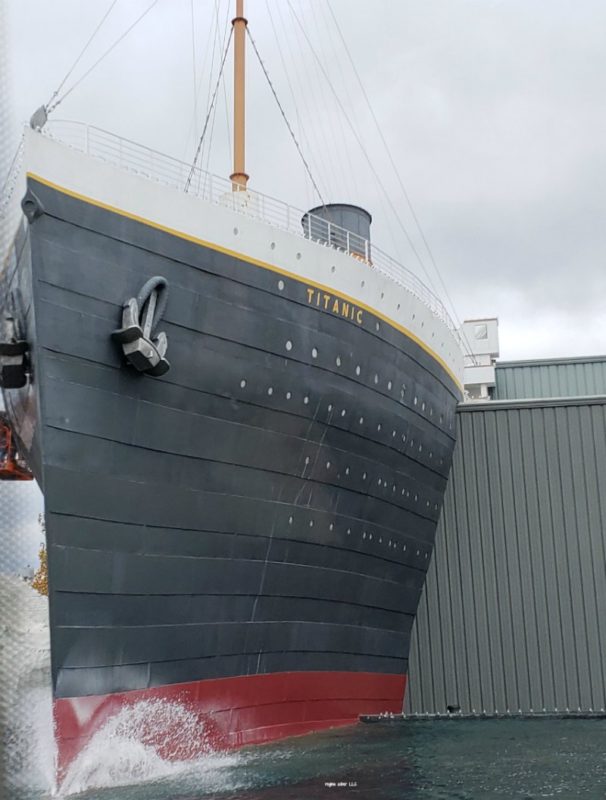 You have probably seen or heard of the Titanic Movie. It may seem like something that happened on film and not real.  Come to the Titanic Museum in Branson and you soon realize this was not just a movie where some people died.   It’s part of American history.  It happened to real people, not actors.  I’m forever changed and thankful for the Blogging Branson team for inviting me to come experience this tour.

The Museum can’t be missed when you are driving around Branson Missouri.  It is shaped like the ship itself, making it easy to find when driving.

As you start your tour, you touch a piece of ‘iceberg’ for good luck.  You are also given a boarding pass.  On it is information of an actual Titanic passenger or crew member.  It has details of the person’s life.  You carry this through the tour as you explore.  I kind of wondered why my person thought and felt as I looked the the memorabilia.  At the end of the tour you find out if your person survived or died. 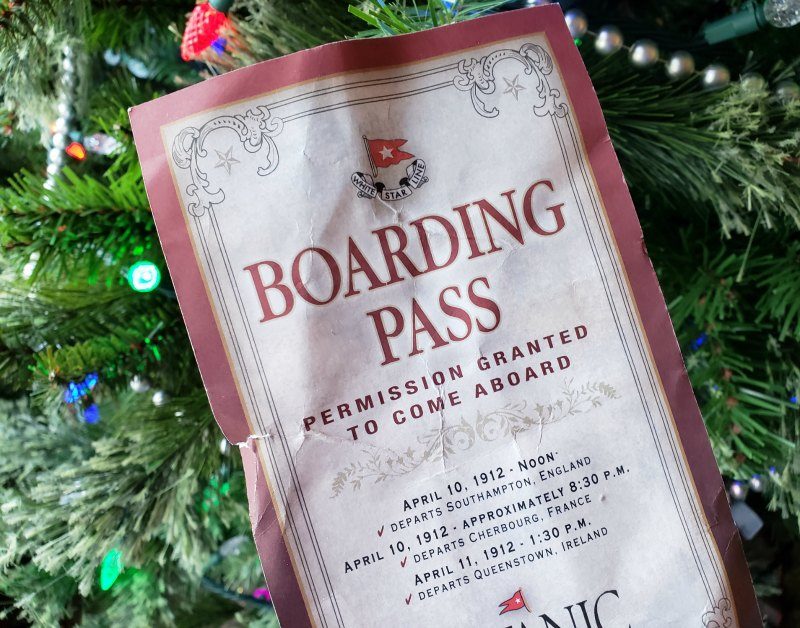 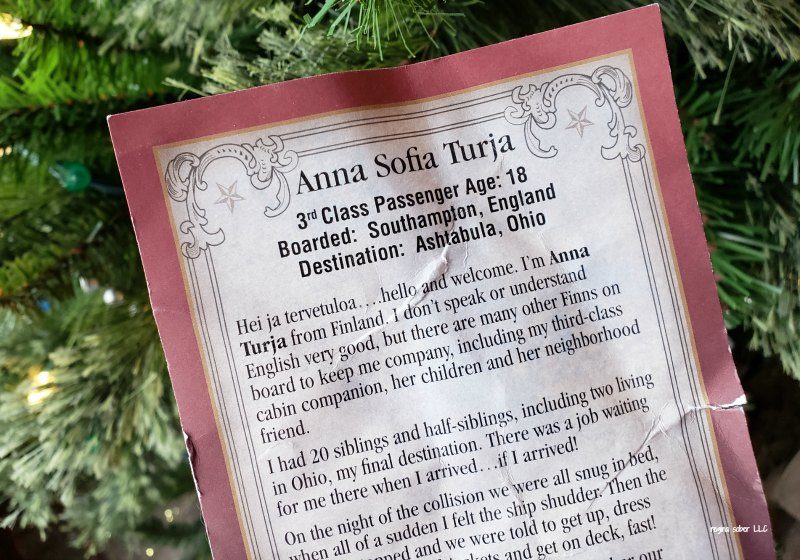 Isn’t that floor gorgeous?  It was made from the finest linoleum!  It was the latest craze when the Titanic was made.  Don’t feel bad, I thought it was made from marble. 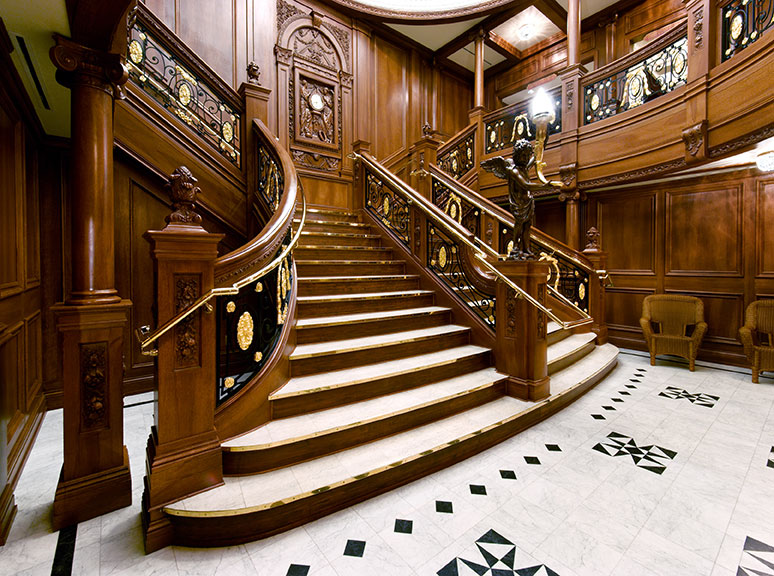 You will see lots of artifacts including life jackets, dresses and dinnerware to name a few.  We learned that depending on your class, you had a different type of plates and silverware to eat from.  This is the second class dinnerware. 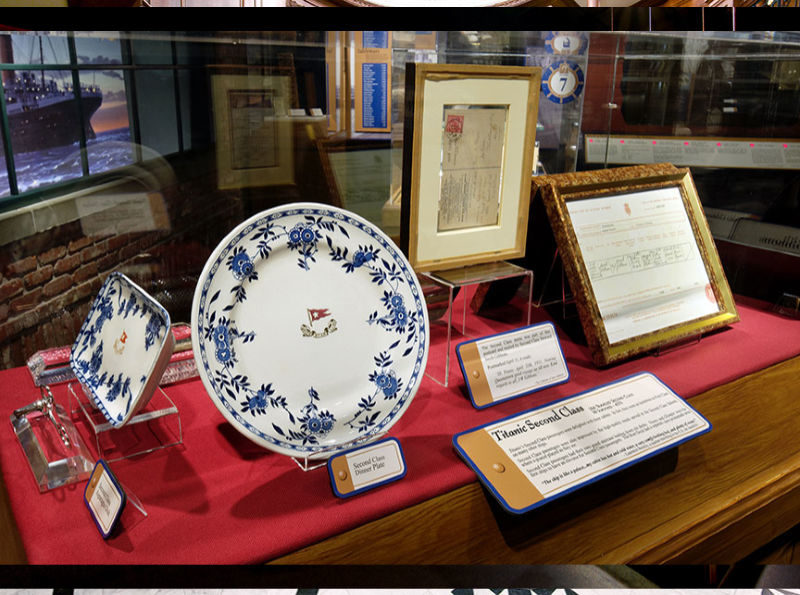 things you can do during the Titanic Museum tour

The Titanic Museum even created a video to give you information on what you can expect on the tour:

Is this tour for kids?  The Titanic Museum recommends tours for kids 5 years old and up.  It is a living classroom for kids.  Kids receive boarding passes of children that were on the Titanic.  There are many hands on activities for the kids to touch and experience during the tour. There is a scavenger hunt and special audio that kids can listen to during their tour.

Time:  Guided tours take about 2 hours.  Self guided, go at your own pace. 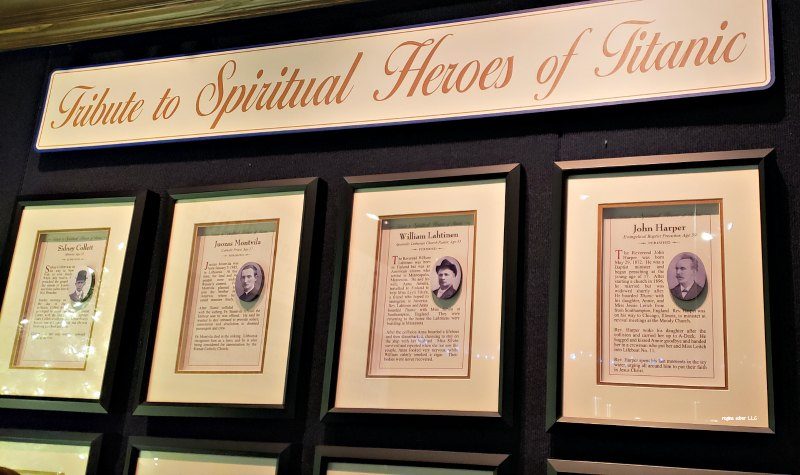 You will not be disappointed if you take a guided tour.  The tour guides share accounts of the individuals from the Titanic.  There have been survivors children and other family members who have came to the museum.  They share those accounts as well during the tour.

Be prepared to be moved.  Have some tissues with you. It is a museum worth experiencing and hearing the truth from experts who give tours.

You can order your tickets online to get tickets that fit your families schedule. 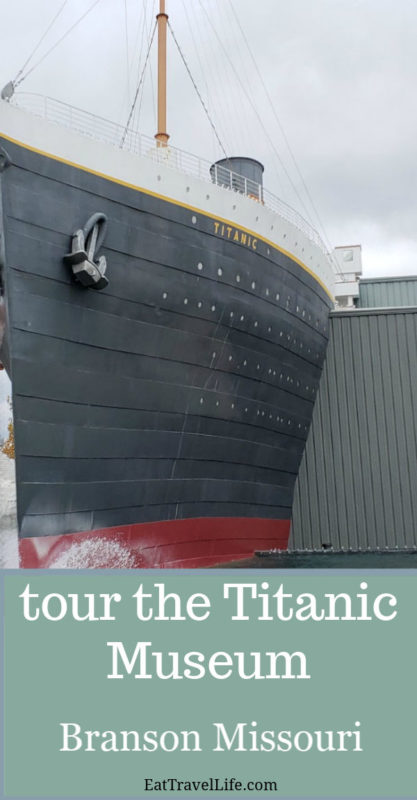