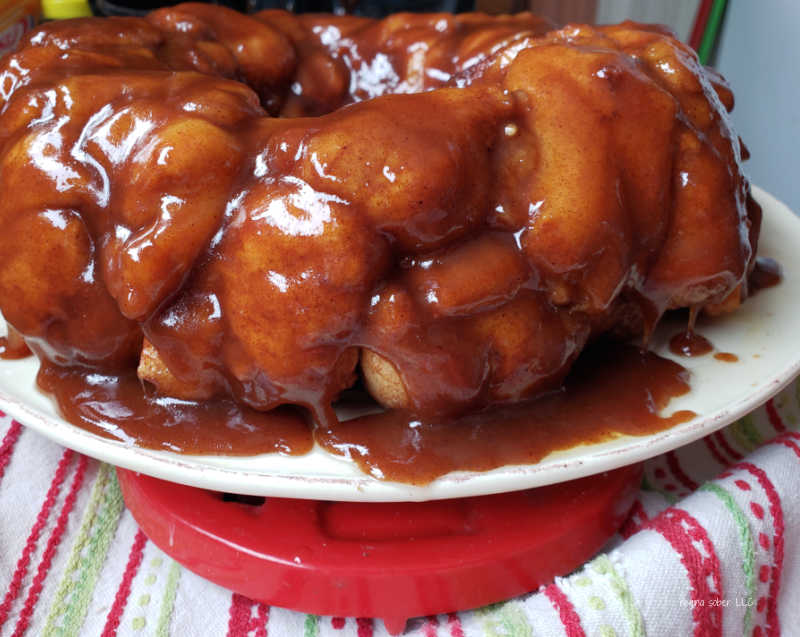 Monkey bread is something my husband remembers from his childhood.  I love it too, but don’t always feel like making bread.  So I came up with a way to make an easy monkey bread recipe using frozen bread dough loves from the store. You just need to thaw the bread and get started.  Saves me time on waiting for the dough to rise. 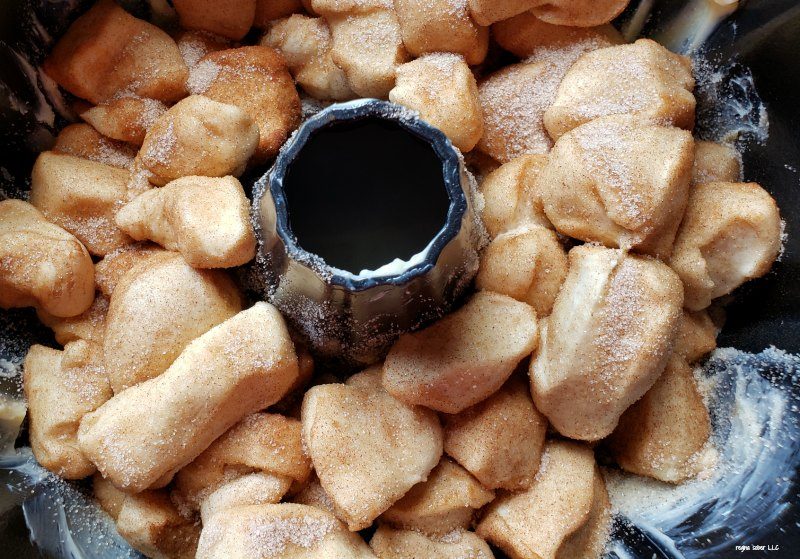 how to make monkey bread

Preheat the oven to 350F

Allow the bread dough to thaw and at/near room temperature.

In a bag, mix the white sugar and cinnamon.

Add 3-4 dough pieces into the cinnamon and get them coated with the cinnamon and sugar. Once the pieces are coated, remove from the bag and place into the greased bundt pan. Repeat until the both the loaves are cut up and covered in cinnamon sugar.

Allow the bread to sit and rise while you mix the brown sugar and butter.

Sprinkle half of the remaining cinnamon/sugar mix over the monkey bread. (optional)

how to make cinnamon bread 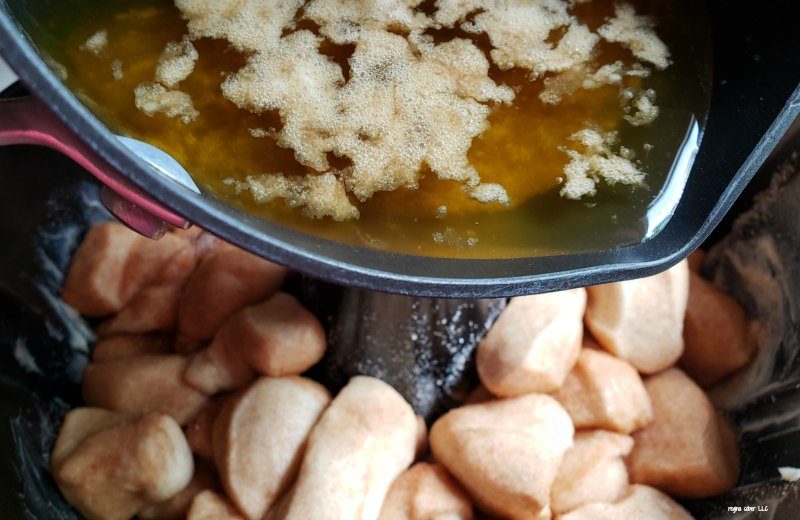 In a small pan, add the butter and brown sugar.  Heat on the stove and allow to come to a low boil.

Remove the mix from the heat and pour over the monkey bread pieces in the bundt pan.

Place in the oven and bake for 30-40 minutes until the top is golden brown.

Allow to cool for 15-30 minutes before flipping.

Place a plate on top of the  bundt pan and flip, so that the monkey bread goes onto the plate.

If it’s still hot, allow to cool before eating.

Perfect to set on the table and allow your friends and family to pick what they want. We love serving with a glass of cold milk. 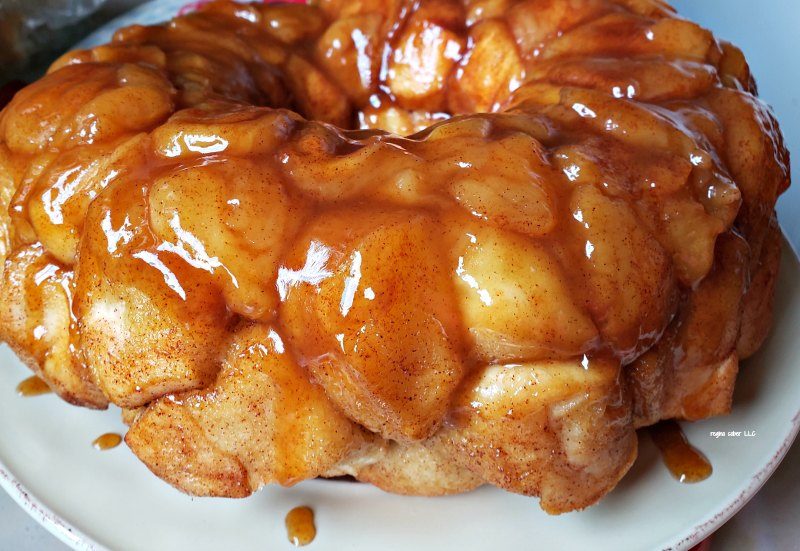 Notice the coloring is lighter, we did not put the remaining cinnamon sugar over the mix, like the photo at the top. 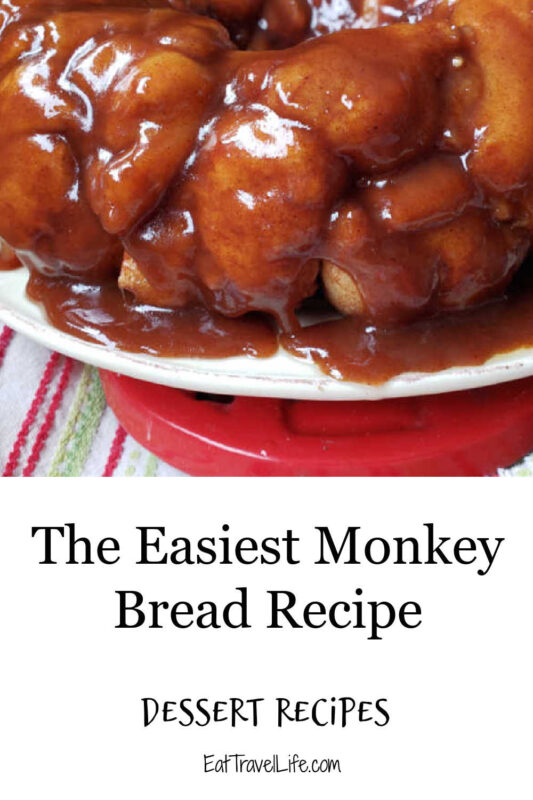