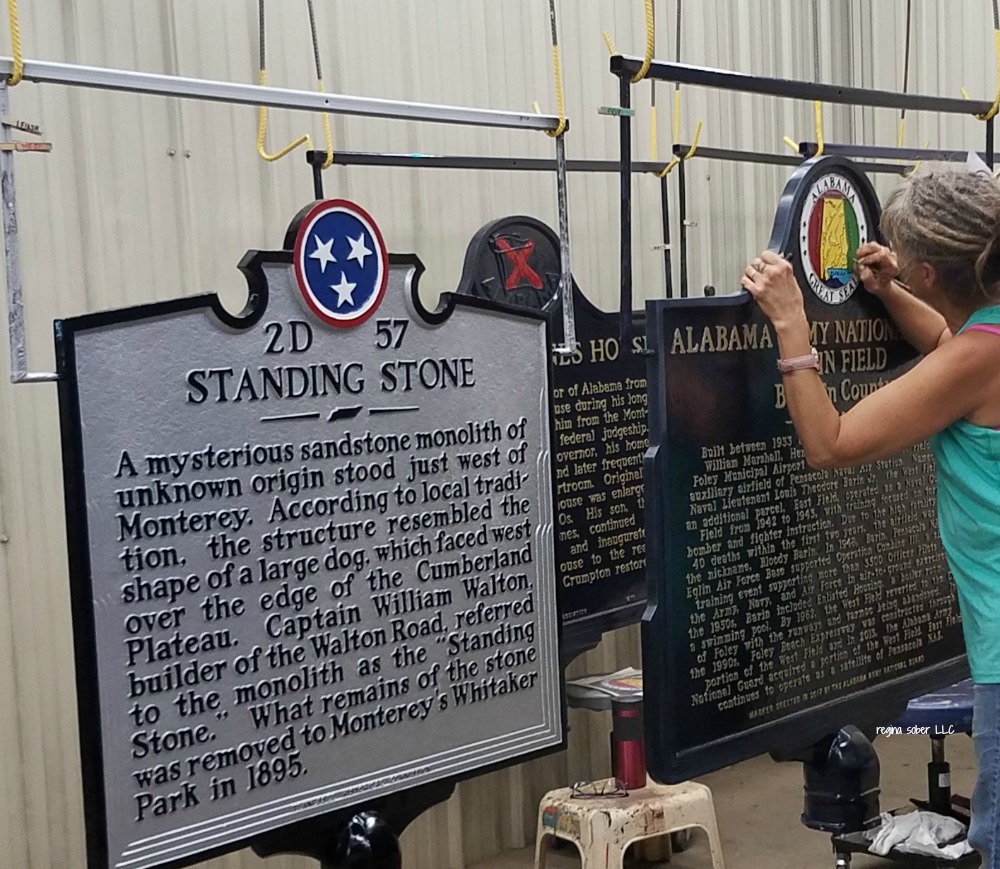 I was recently in Marietta Ohio with the Marietta Convention & Visitor’s Bureau learning about the area. Thank you to Brad Smith and his crew at Sewah Studios for the tour of the facility. This is something that answers the question ‘so that’s who makes those awesome signs‘ This was one of my geeked out bucket list places to see.

Sewah Studios: History on a stick

Have you traveled to a historical site and read the signs that commemorates a key event in history?  Chances are you are reading a sign made by Sewah Studios.  In 200 words or less, they tell you where you are and what makes that site historical.

Sewah Studios celebrated their 90th anniversary in business in 2017.  They make historical signs for all 50 United States.    They also make signs for other organizations, like the Rotary and Blue Star.

Edward Mason Hawes started the company and when he retired,  Gerald E. Smith took over the business.  His grandson Brad, is now running the business (3rd generation).  They still make the signs the same way. No machines. It’s muscle and man power lettering, maneuvering and making the signs.  The machines help once the signs are made to move them around.

Interesting facts about the Sewah Studios:

It’s great to see a company doing skilled quality work that lasts for generations.  When a sign is made, it is first type set and then an impression is made in Ohio sand (sand casting). The mix is packed down to get a good impression from the letters.  The template is remove and the liquid cast aluminium is poured into the form. Once allowed to set and cool for a few minutes (cool enough to move), the excess sand is removed and the sign is moved to the next step where it is cleaned up and prepped for painting. 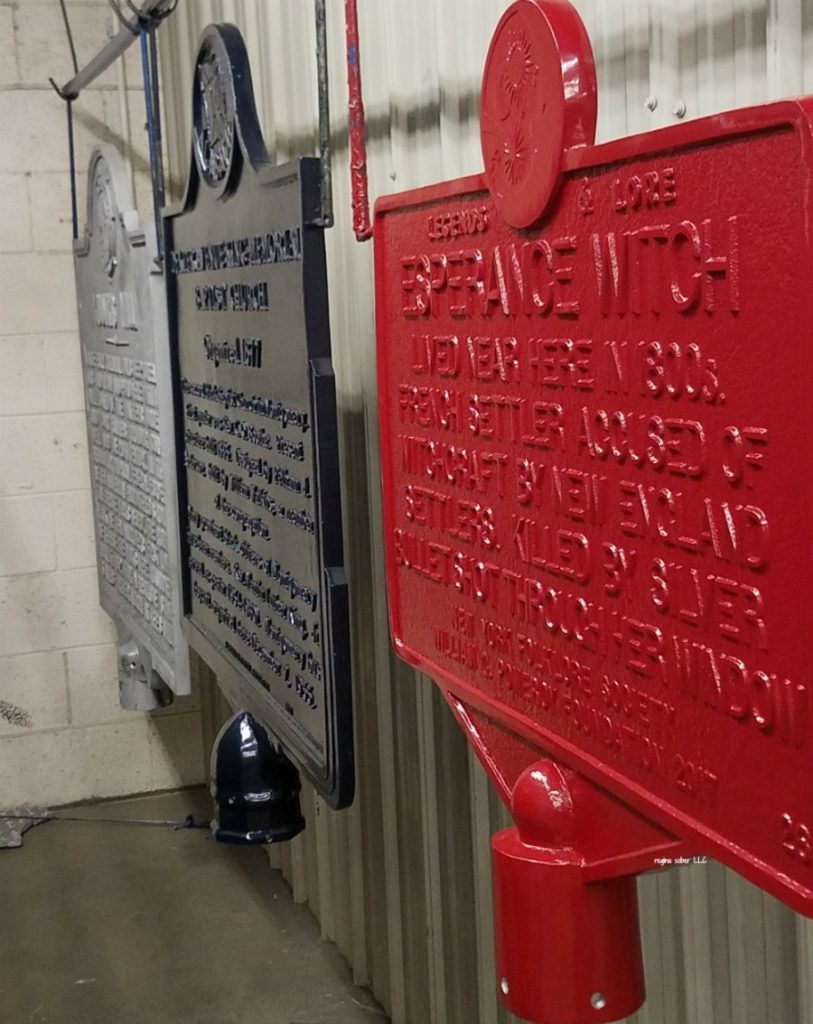 The signs are powder coat painted and baked dried their base color, but any details are done by hand. When the sign is completely painted, it’s baked again.  This allows it to withstand decades of being out in the elements. The signs are displayed on a pole (some refer to them affectionately as the sign on a stick).  When a sign is ordered, the generally take 4 to 6 weeks to be completed and shipped.

What I found impressive, was that they also do restoration of their signs.  Signs that were done in the 1970s were there to be fixed/restored. Because they have the same process, they are able to clean up and make the signs look new again.

Next time you are driving in your town, or traveling, look for the historical signs.  They are more than likely made by Sewah Studios. 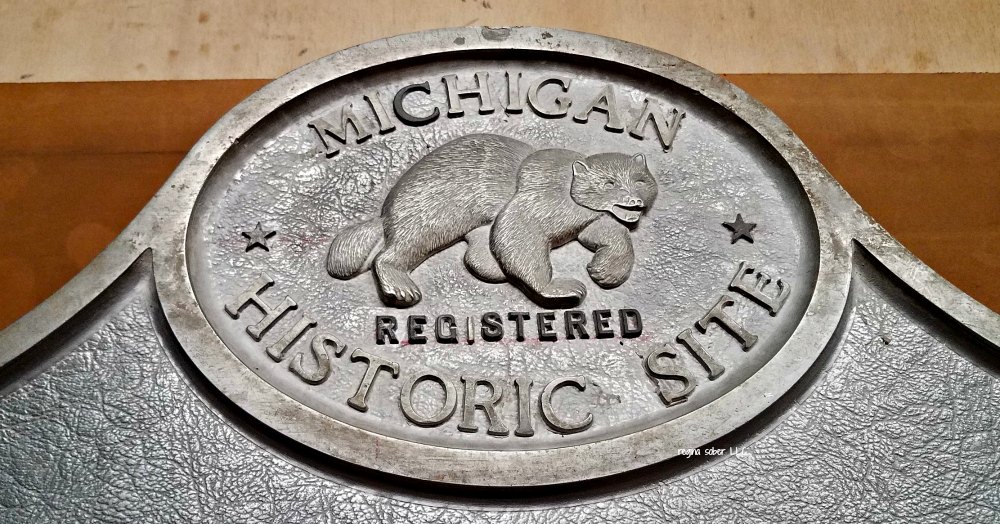 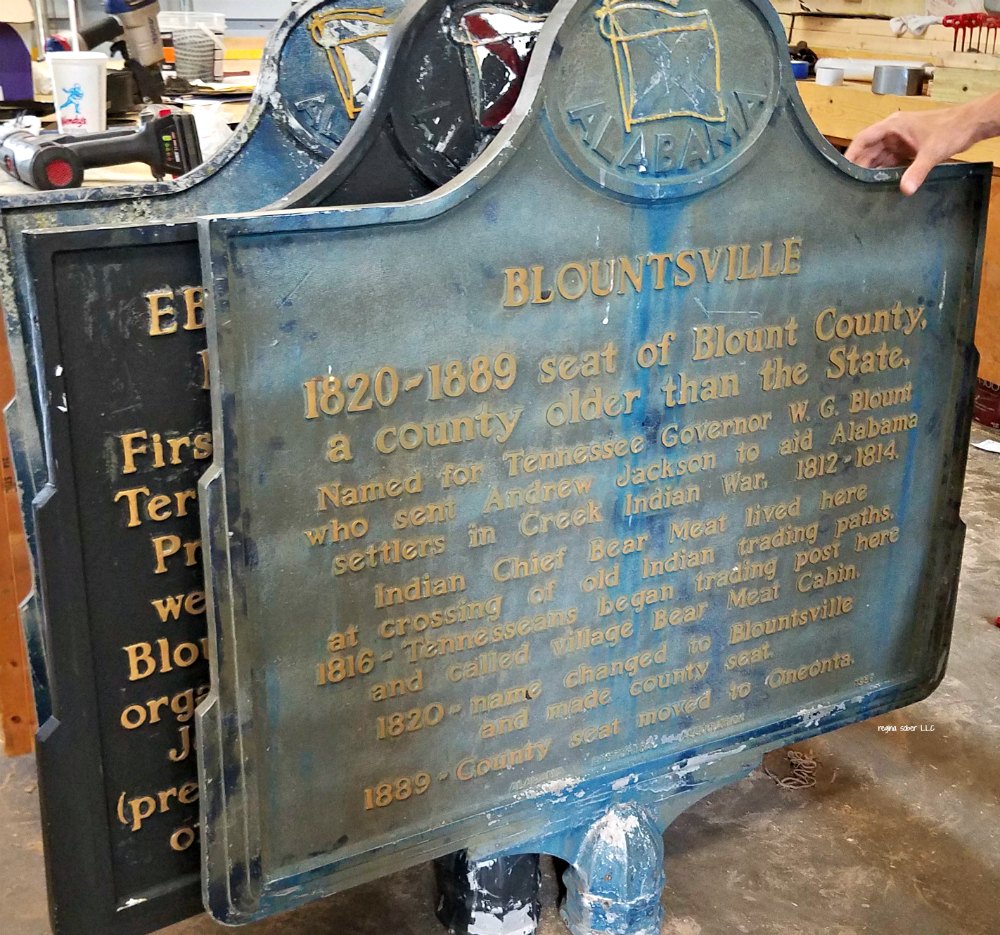 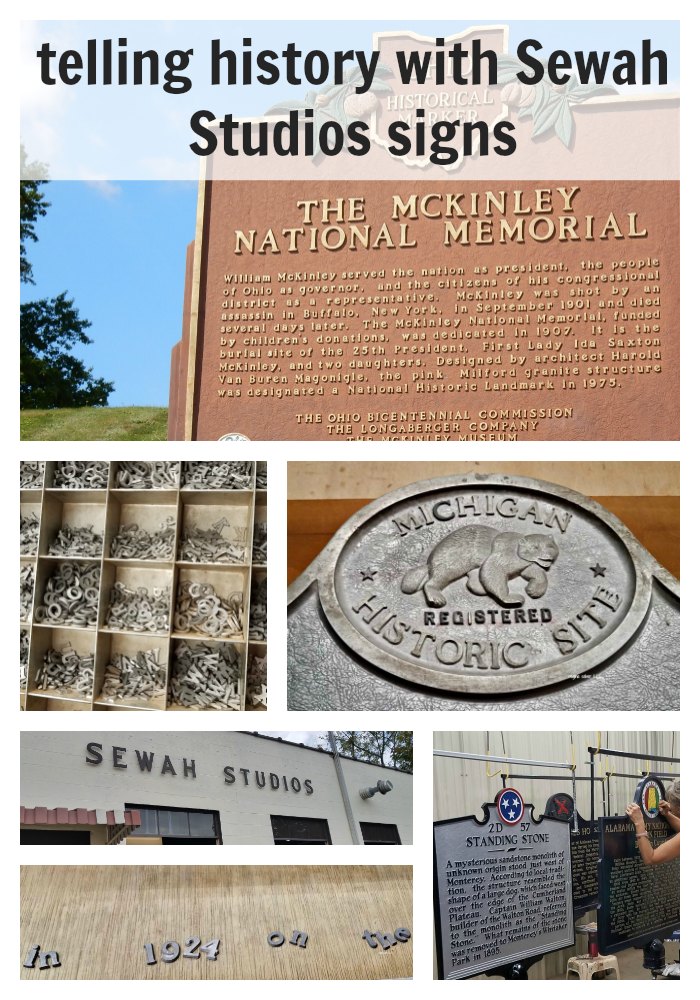