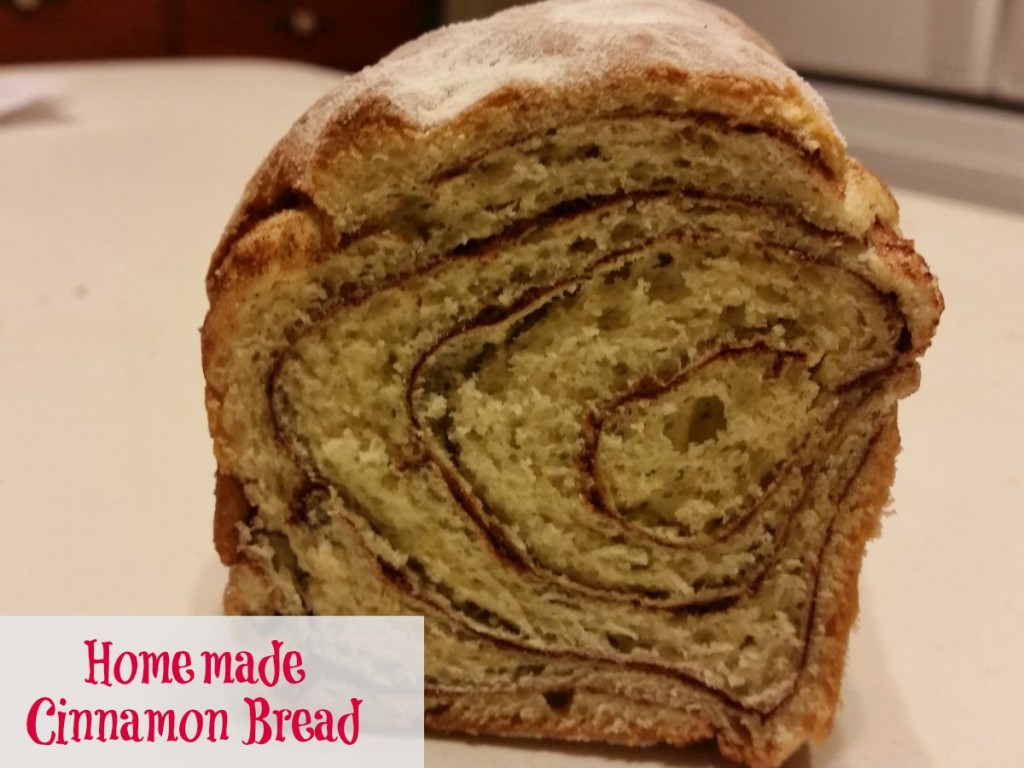 This delicious homemade cinnamon bread is perfect for breakfast.  No reason to paying $4 for a loaf at the store, when you can make a loaf whenever you want.  You can make it for less with a little bit of time and not a lot of money.

This recipe can make 1 loaf of bread when using regular sized bread pans.

The layers of cinnamon in the bread give you bite after bite of delicious cinnamon.  If you toast the bread and add a little butter and sugar, you have cinnamon sugar bread.  Your kids will love you for it and your wallet will thank you for saving money. 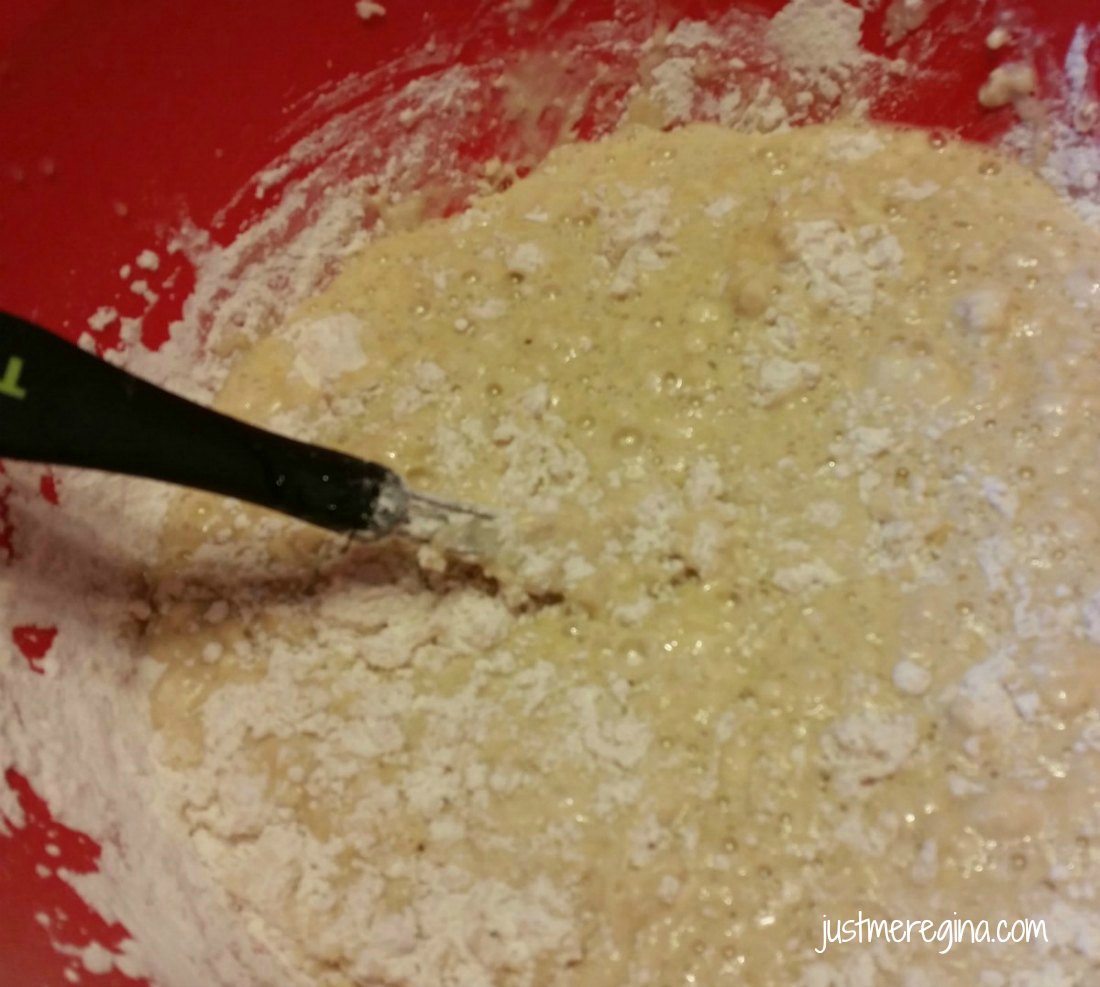 Add the eggs and mix, add half the flour and mix.

Add a little flour at a time until mixture is not wet and forms a ball.

Place bread in a ball and cover. Allow bread to rise for an hour. 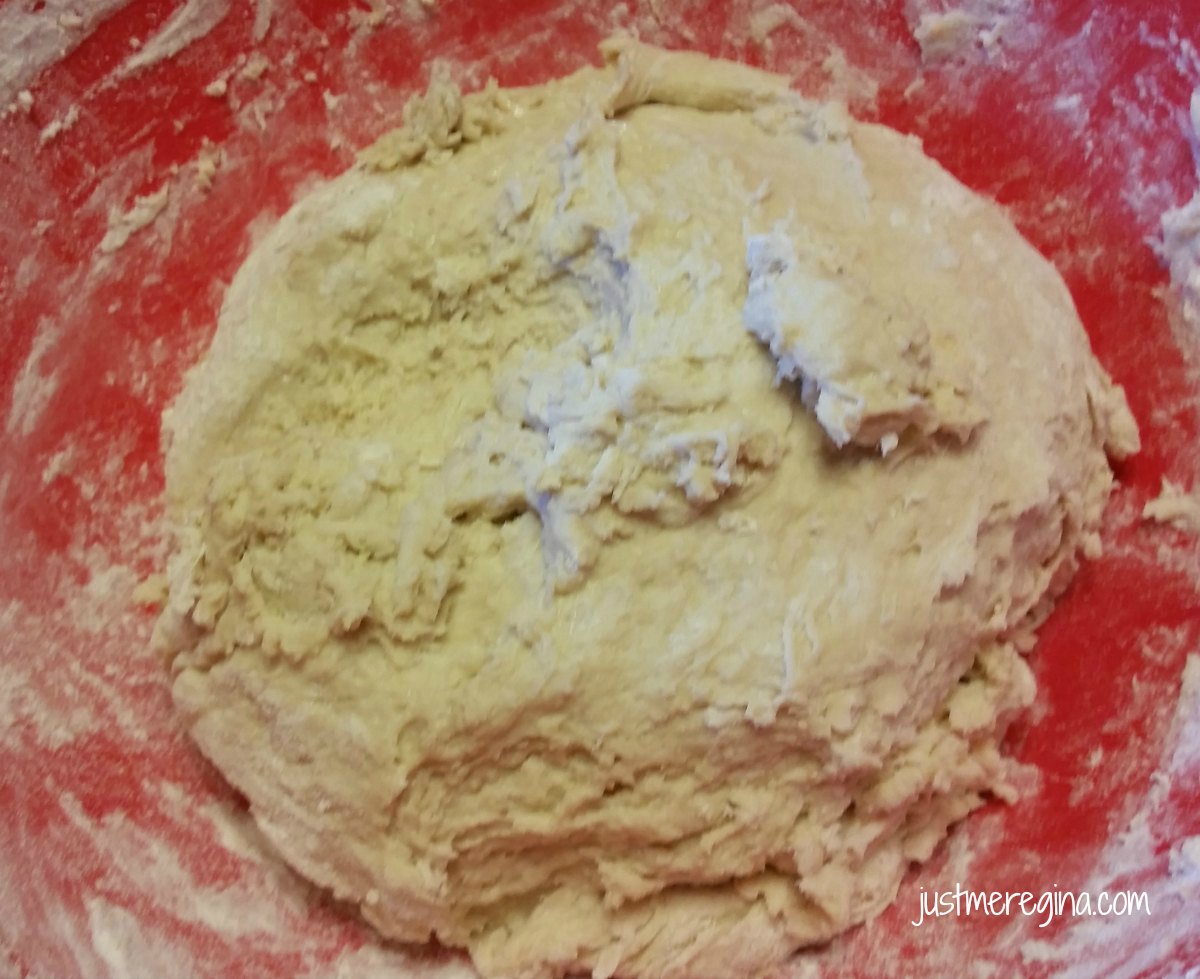 Preheat the oven to 350F

Remove from bowl and cover counter with flour and spread out about half of the dough.

Use a rolling pin and roll the dough out thinly but wide enough for the loaf of bread.

Sprinkle cinnamon on the dough until it is covered evenly. 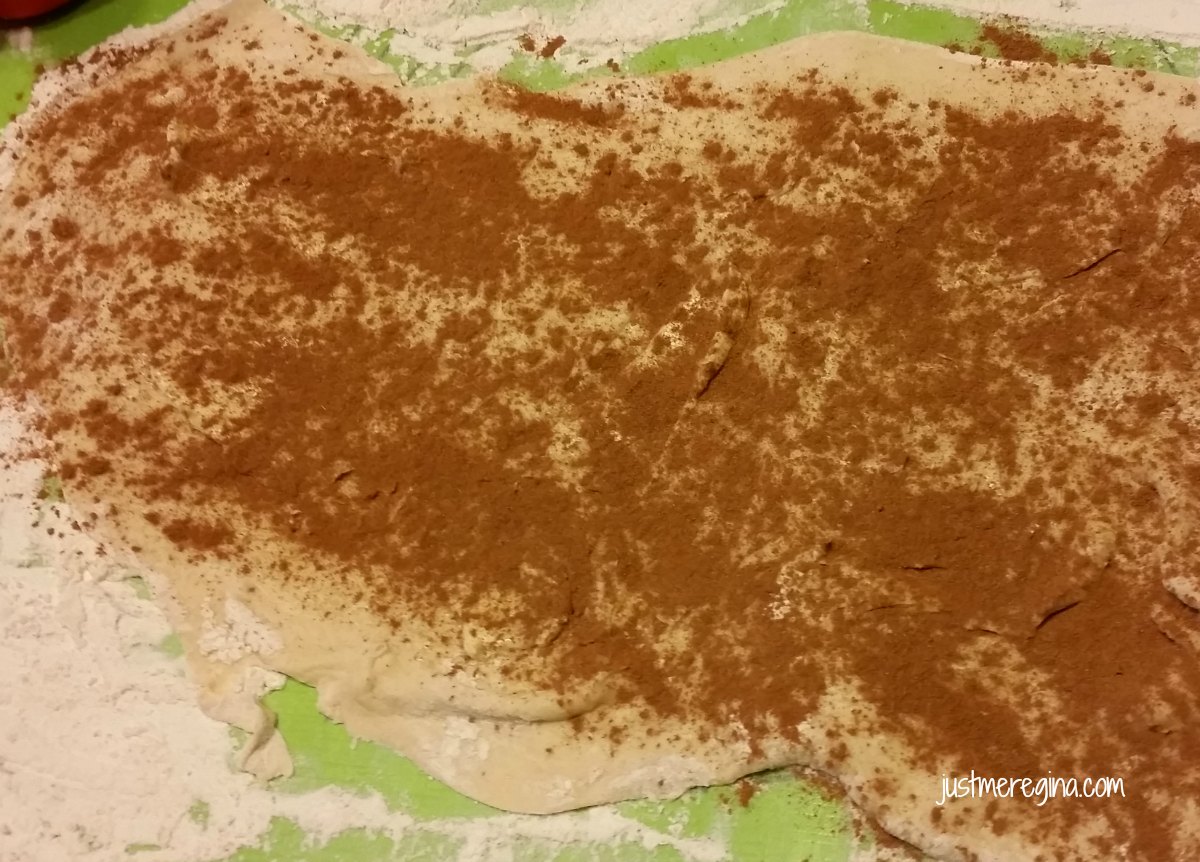 Roll the bread up like you do for cinnamon roll, keeping it tight and seal the end to the dough once done. 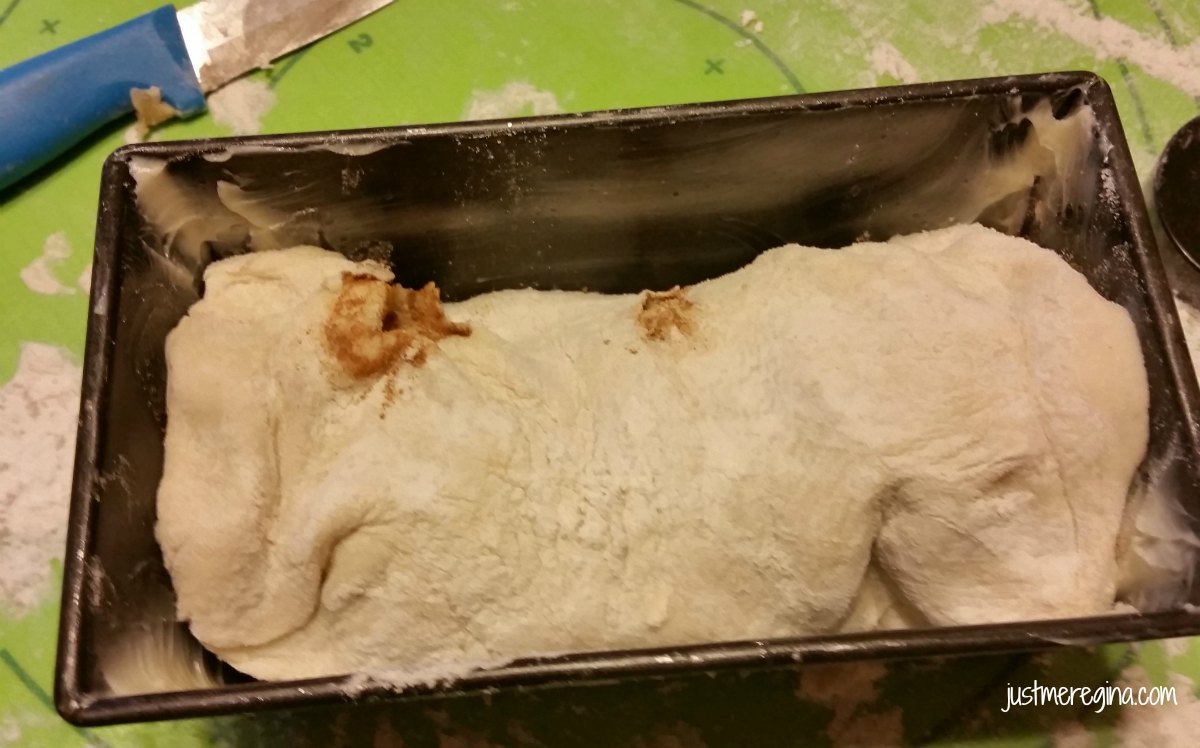 Place into the loaf pan and bake for 45 minutes to 1 hour.