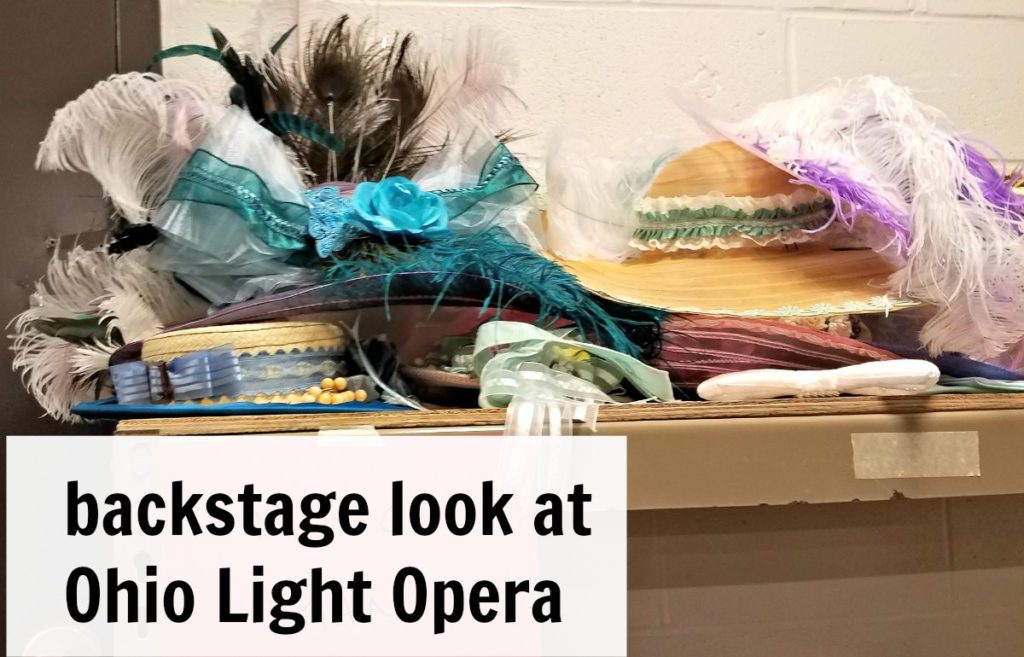 Thanks to the generosity of the Ohio Light Opera, I got a sneak peak behind the curtain and backstage look Ohio Light Opera on how they put on multiple productions during the Summers.  I saw my first play when I was 9.  I’ve always been orchestra stage right or left or down in the first few rows.  Until now.

Located in the Freelander building on The College of Wooster campus, the Ohio Light Opera (OLO around locally) is in its 39th season in downtown Wooster Ohio.

The theater focuses on operetta and musical theater. To me this means, they have some pretty fabulous plays to see.  There is singing, acting and usually humor within the play to keep the audience engaged.  A lot is packed into their performance schedule.  Productions run June to August.  Tickets can be reserved online.

The lobby is elegant and simply decorated.  It does not take away from what awaits you when you step inside the theater.  Inside is another world to take you away for a couple hours and be entertained. 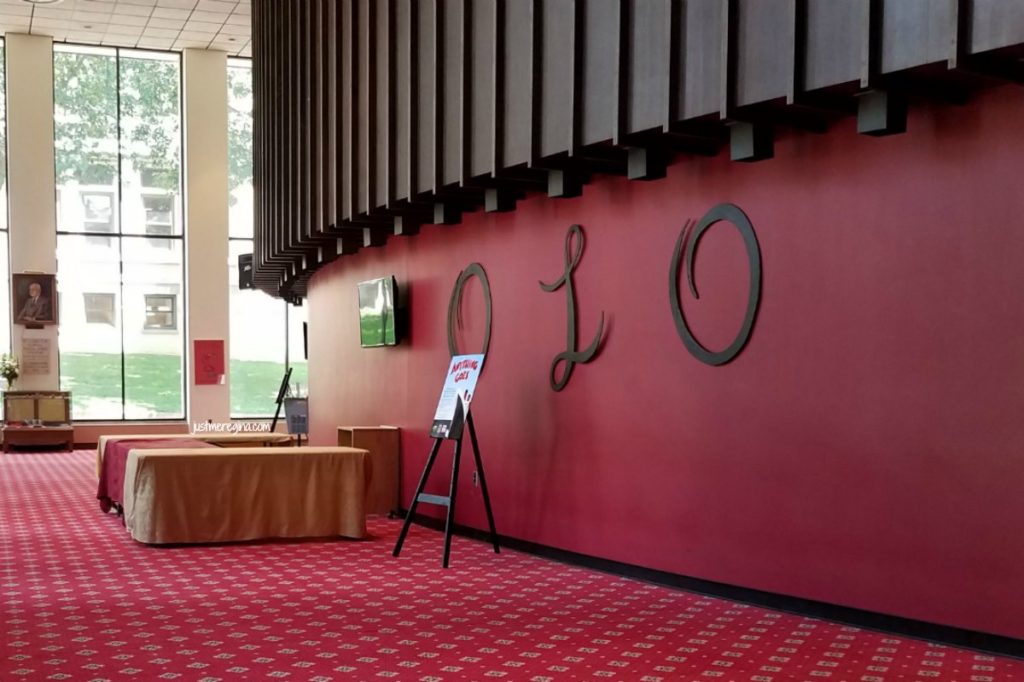 When we arrived, they were rehearsing the play Anything Goes.  We were allowed to watch part of their rehearsal. When in rehearsal, they go through the play like it was a live performance, not necessarily in costume. 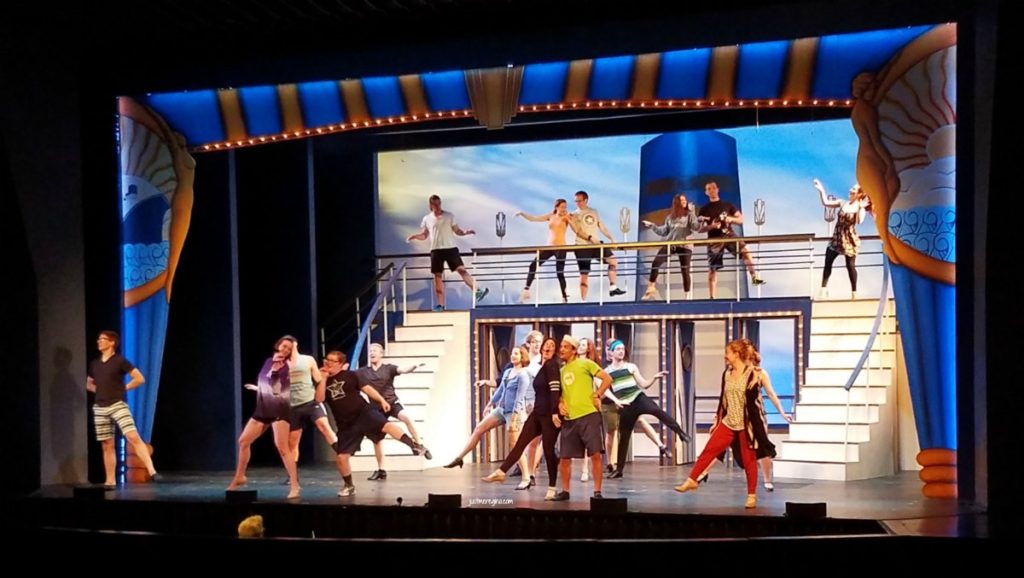 We were taken back stage and shown what it takes to put on a production.  They were gearing up for the Summer season and were going to have 7 different plays going on all Summer.  Sometimes different plays within a day.  That means the staging would have to be removed and the next play’s props brought in.  And they do this all Summer.    If you plan your visit, you just might be able to see all of the plays they are performing in one week! 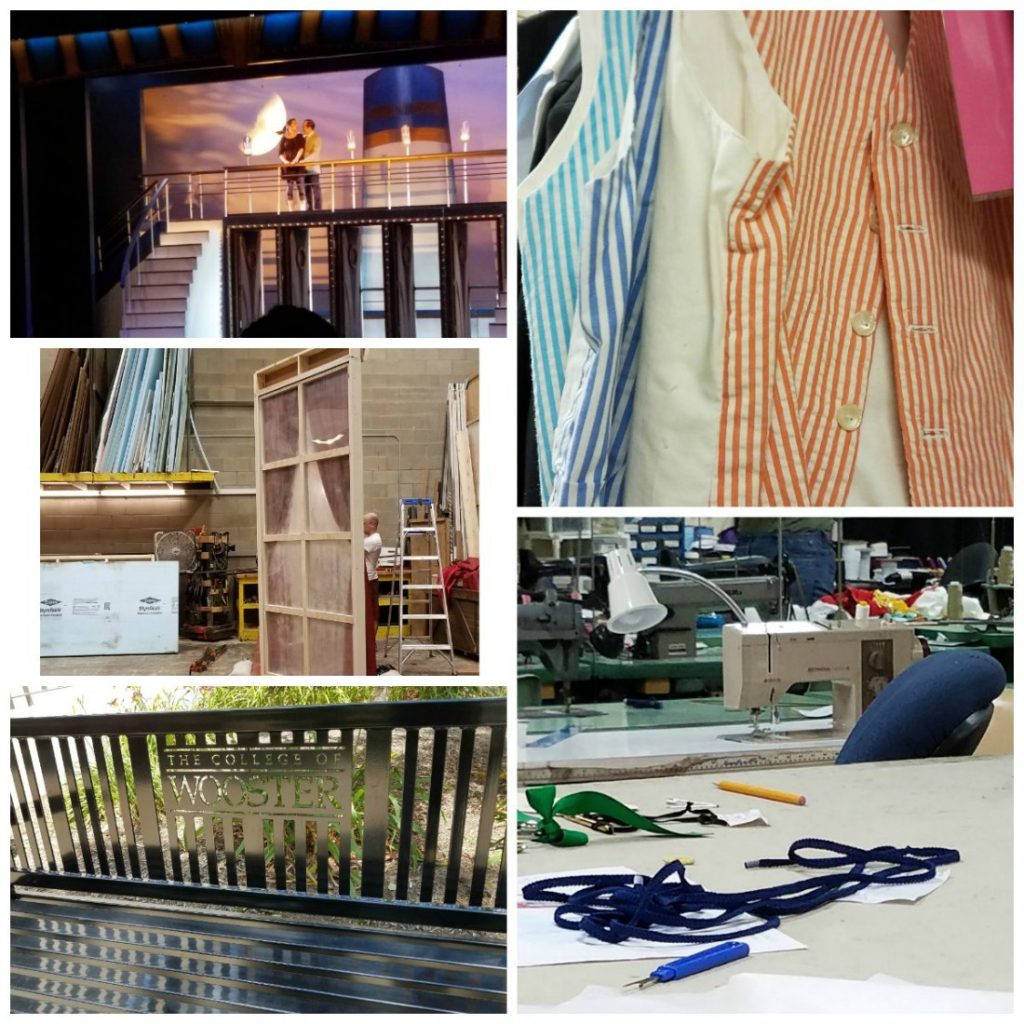 In the hallway, there were costumes waiting to be be altered with notes on what needs to be done.  The costume department has an entire room that is dedicated to making alternations so the costumes look beautiful on stage.

In another room, the props team was working on building some things for the set.  Because there are multiple productions going on at the same time, you might be wondering, how do they keep what set goes on the stage organized.  Trucks are brought in to store the different sets needed for the Summer and whatever staging is needed, is brought in and set up for the show.  Being organized is important for this crew! 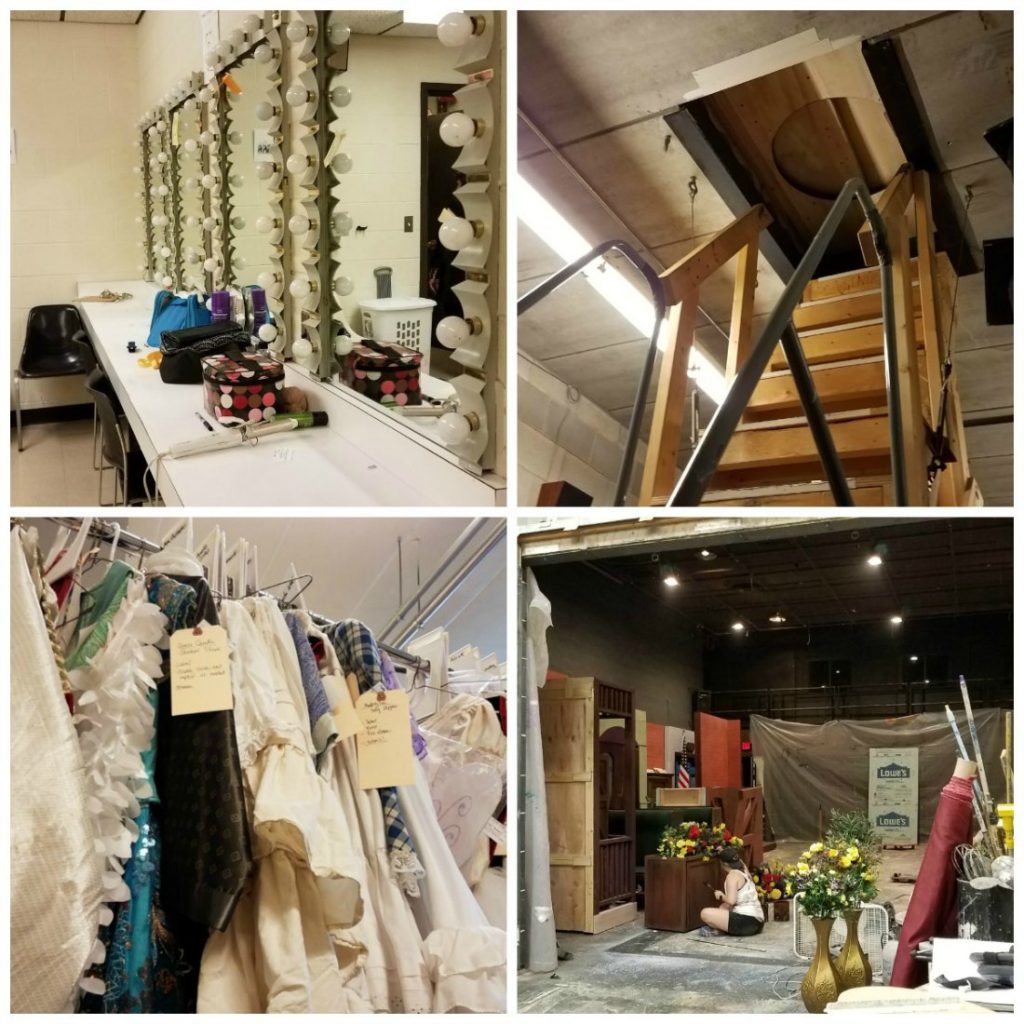 We got to see the trap door where if needed in certain scenes or plays, that is how they ‘escape’ the stage.  I thought it was pretty cool. It always looks awesome on stage when they escape.

The dressing rooms had those iconic looking lights to help the actors put their make up on.  Taped to the wall were instructions on how to secure their wigs (I forget it’s not always their own hair we see, which makes getting ready easier).

We walked past some of the actors preparing for their scenes. Some were running through their dance routine completely and some were standing in place, going through the motions.

With multiple plays going on, most of the actors are in most if not all the plays.  This means, memorizing lines, dances etc for each performance.  We discussed how difficult this must be, and it is. But the actors make it look easy, it’s what they do best!

Be sure to check out all the other wonderful things to see and do in downtown Wooster when you stop in to see a performance or two at the OLO.

What is your favorite play you have seen at the Ohio Light Opera? 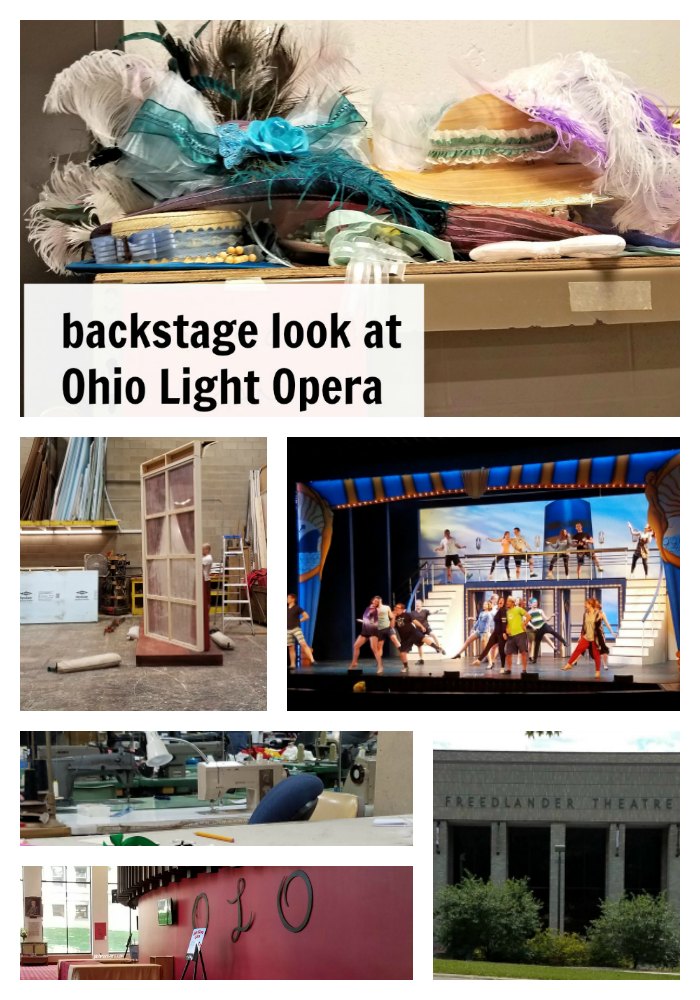