A few years ago I heard about the closing of the Grand Hotel on Mackinac Island and wanted to go.  So when they were taking reservations we marked it on the calendar and made arrangements to go.  It was interesting to learn the history of the Grand Hotel and watch as the staff literally closed up the hotel while you are there (but that was part of the experience!)

The Grand Hotel is not open year round.  Lake Huron freezes during the winter, making ferry travel impossible for tourists to visit.  The Grand Hotel closes down end of October and reopens in early May. 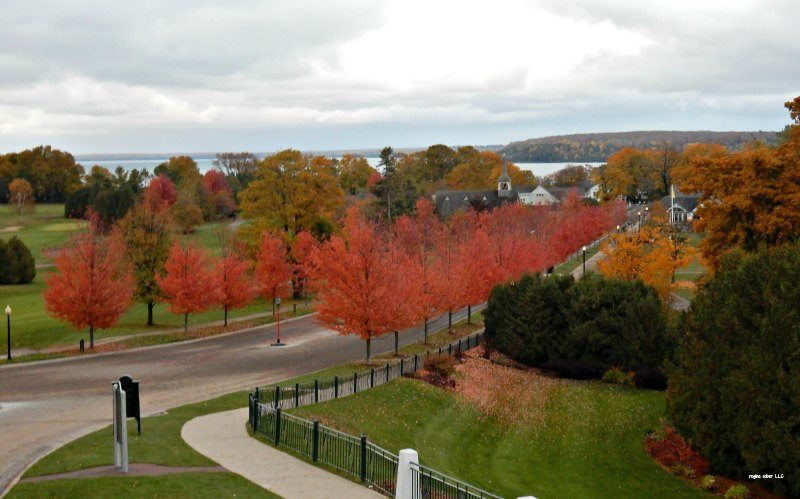 The Grand Hotel opened in 1887 as a summer retreat. Guests would arrive by lake steamers and stay all  summer, cost was $3-5 a night.  The Grand was not built to the beauty it has today all at once. There have been several improvements and additions throughout the years to the hotel including suites, parlors and golf pro shop and much more.  There is a beautiful botanical garden and the Ester Williams swimming pool.  Throughout the years the hotel has made many improvements and has earned the Green Lodging Michigan Leader award as they have reduced their carbon footprint.  The United States Department of Labor also designated the Grand Hotel as a National Historic Landmark. 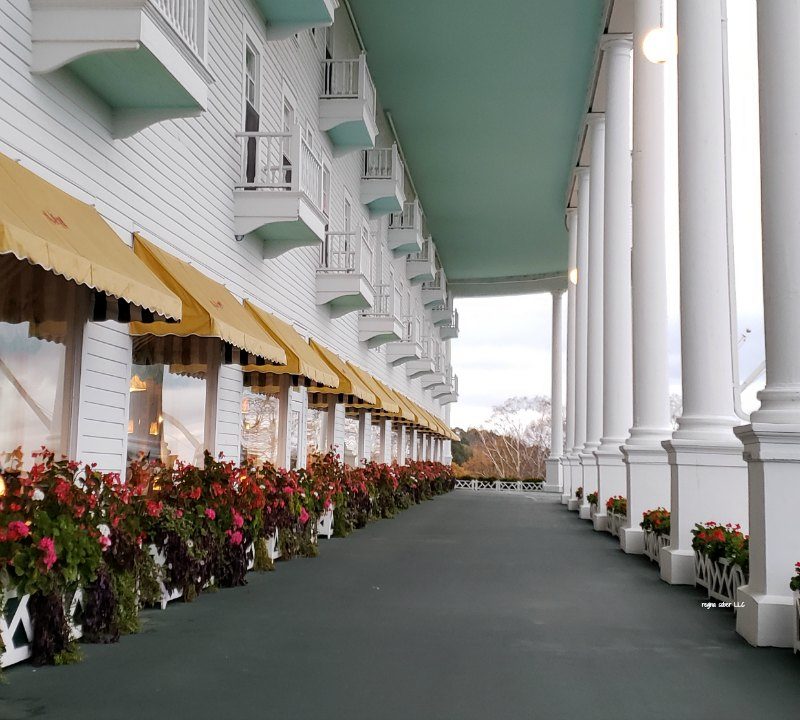 What happens during the Closing of the Grand Hotel

The Grand Hotel is the hotel you have seen in the movie Somewhere in Time with Superman, Christopher Reeve and former Bond Girl/Dr. Quinn Medicine Woman, Jane Seymour.  The Grand Hotel is also known for having the World’s Largest Porch as well.  You can sit in a rocking chair and see the Mackinaw Bridge and overlook the island from the porch. 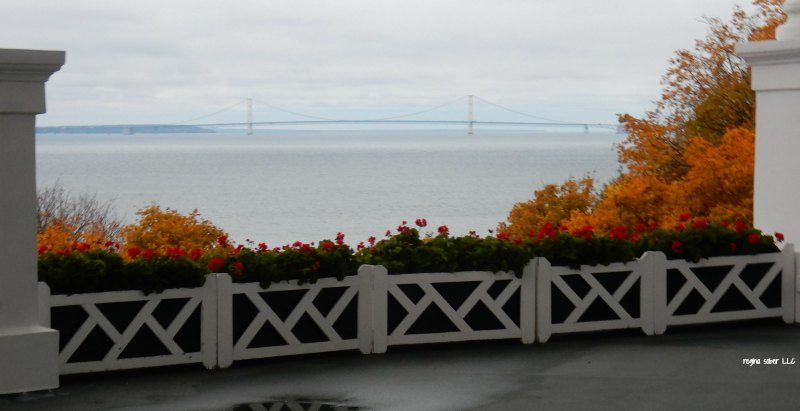 Michigan’s Upper and Lower peninsulas are connected by the Mackinaw Bridge. Mackinac Island is located just to the east of the bridge and can be reached by ferry from either peninsula.

We parked our car in overnight parking and got on the ferry to head to the island.  There are couple different options for ferries, and they have a schedule, so you will want to plan on getting there just in time and run (like we did) or you can shop in Mackinaw City until the next ferry arrives.

When you get onto the island, you can take a carriage ride to the hotel.  It’s about $5 per person and is a horse carriage ride as there are no vehicles on the island.  Because it is then end of the tourist season, the island is pretty quiet.  We walked up to the hotel, forgetting it is uphill (and we are not in shape).  We stopped and took in the colors on the island, and I captured some beautiful photos.  The colors were spectacular.

We arrived at the hotel and checked in.  Our luggage was arriving later and delivered to our room, so we did not have to worry about it and could explore the hotel.  Staff were removing all the American flags when we arrived.  I overheard them note it would the last time they would be doing this, this year. 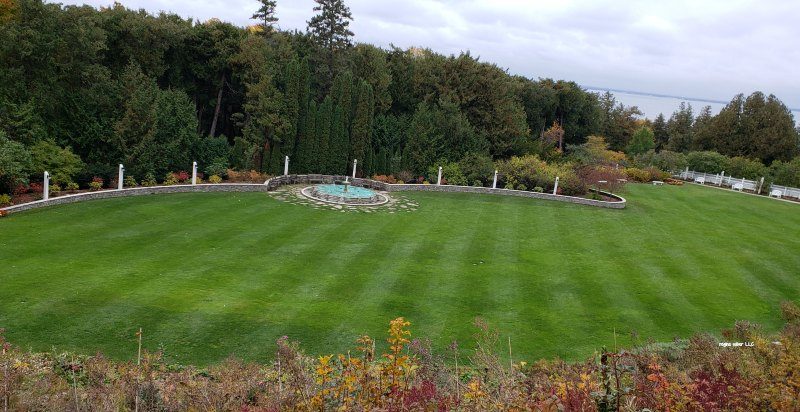 There is a ‘Closing of the Grand’ session with the concierge that starts before dinner for about an hour.  If you want to know the history of the hotel and some interesting facts about the hotel, this is something you don’t want to miss.  We learned about the owners, odd requests and what length the staff will go for a guest who wants to have their kid learn how to yo-yo (they flew in someone from Traverse City to teach a child how to use a yo-yo).

experience an island getaway on Put-In-Bay in Ohio 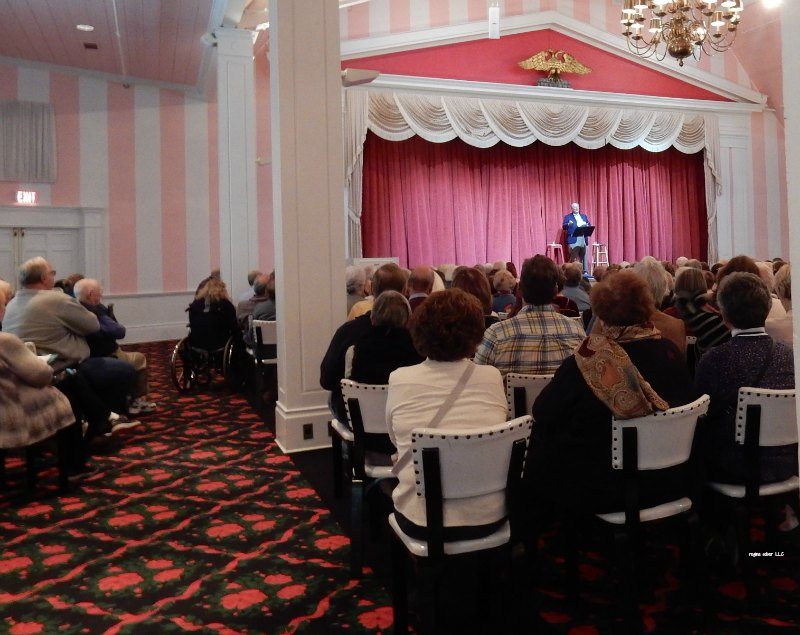 dining during the closing of the Grand Hotel

Dining during the closing of the Grand is buffet style.  You have tickets and are seated as you come in. Your server takes your drink order and then you can get in line to get some pretty delicious food.  Breakfast is served this way as well.  There is no tipping at the hotel year round for any staff.  The dress code is also lax for the season closing.

There was a lot of options for dinner and breakfast. Everything we had was delicious.  We were seated near the porch and watched the sunrise. 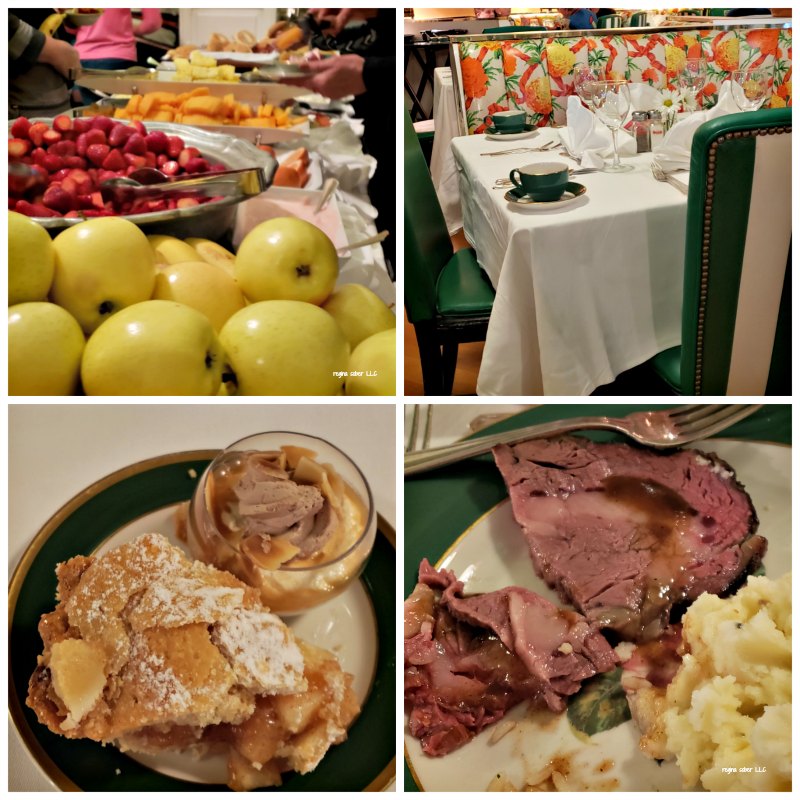 After breakfast we packed up and headed out.  The staff had started pulling up the geraniums from the porch and were passing them out to the guests as a souvenir.

The furniture was pulled in the lobby area close together and was covered.

There is also a ceremonial ringing of the bell that signals the end of the season.  We did not stay to see this because of our long drive home and needing to get the kids off the bus.

This was a awesome experience and a great getaway.  And in May they have a ceremony, when they reopen the hotel for the season (another bucket list item for us). 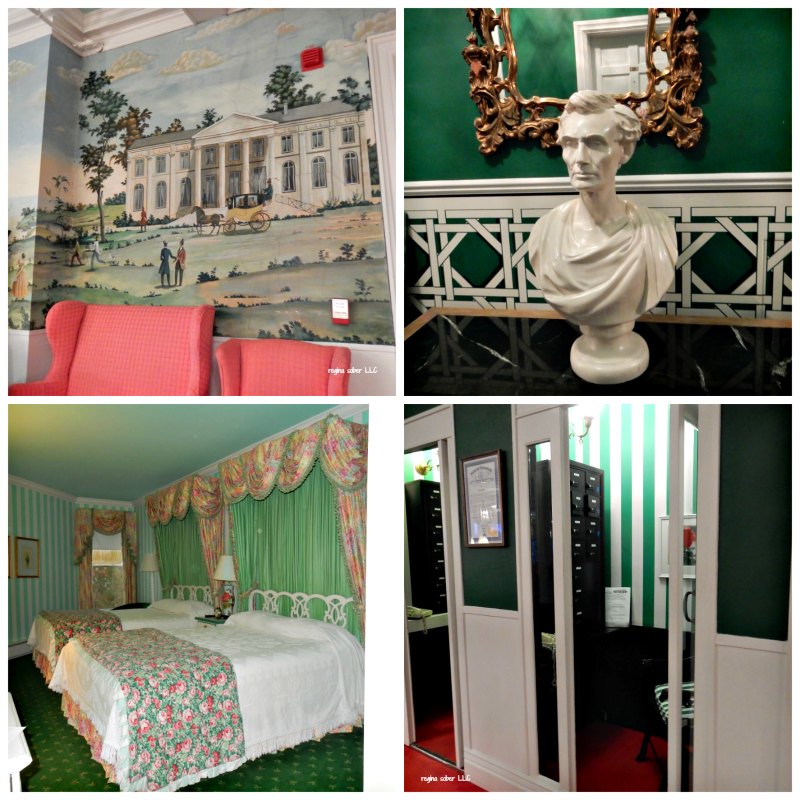 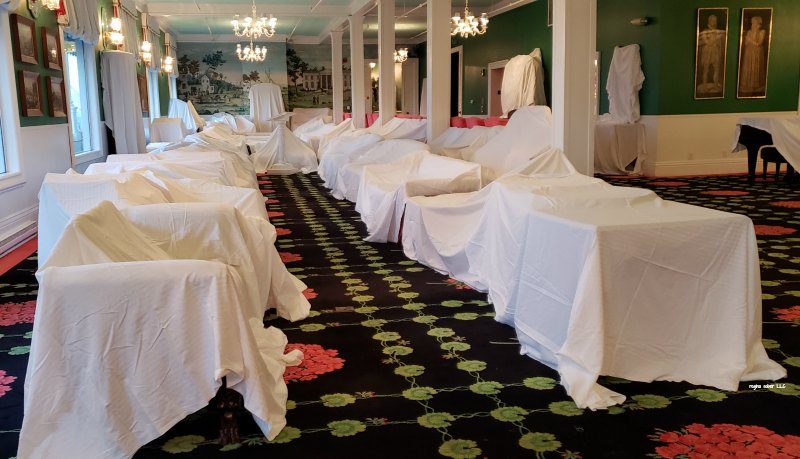 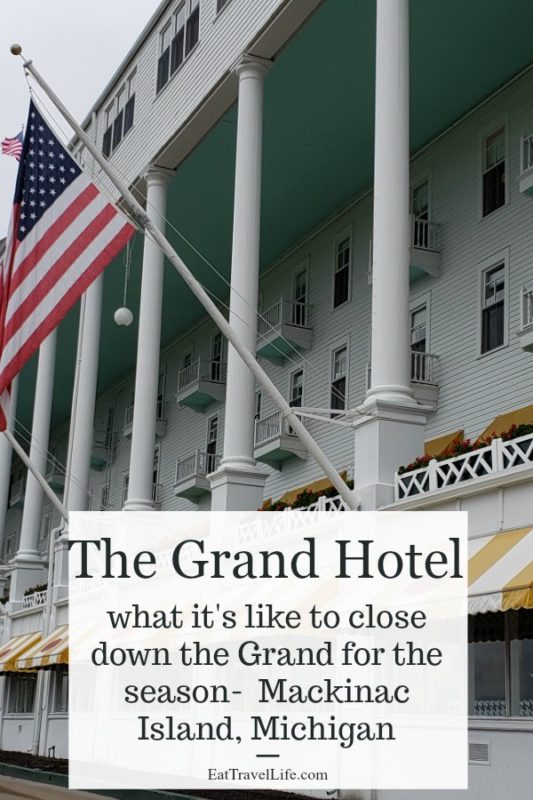