I recently was invited to tour the Motown Museum (Hitsville USA) in Detroit Michigan for free.  All opinions are my own and may differ from your experience. 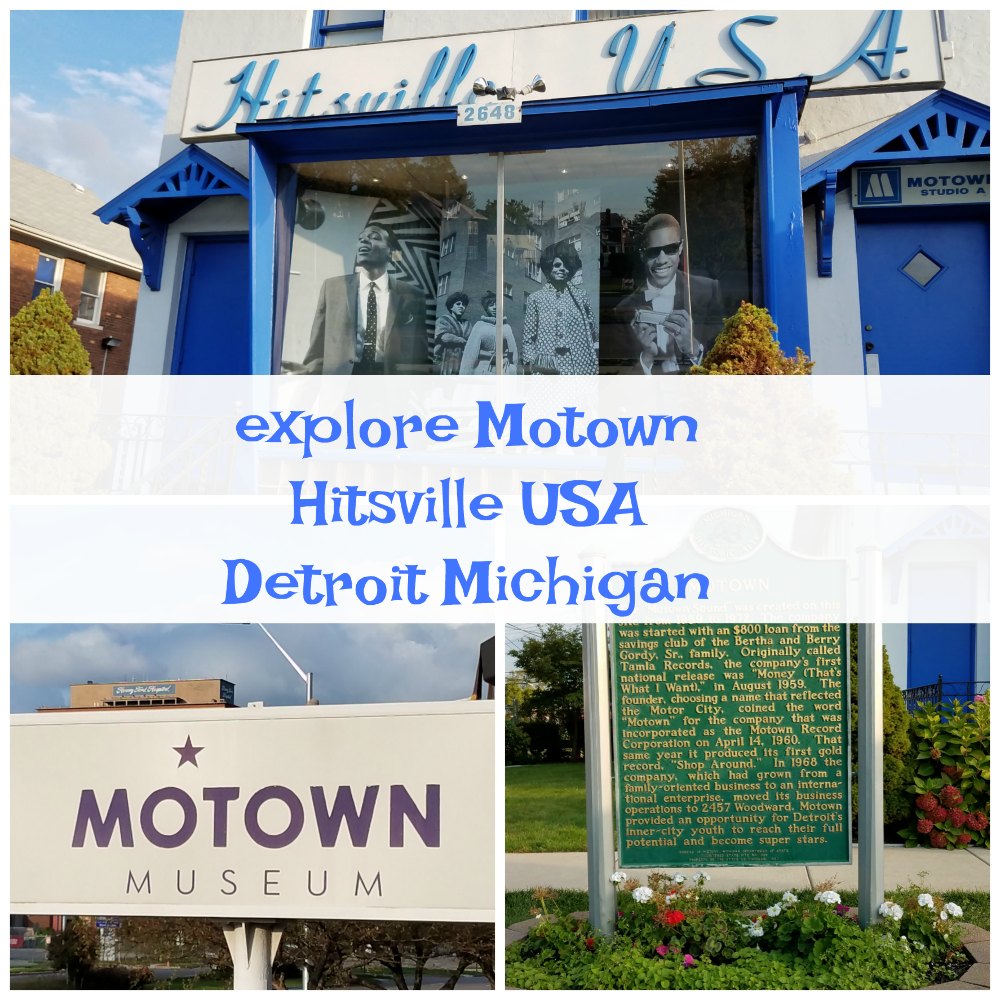 When you think of Detroit Michigan, many think of the ‘big 3’, the Detroit Tigers or the Detroit Lions and Motown.  Detroit was also known in the 1960s, for the music that came out of the motor city thanks To Berry Gordy. Hitsville USA consisted of 8 houses on Grand Boulevard and launched many careers of great musical artists.

Motown started in 1959 with a loan Berry got from his family.  Originally called Tamla Records, it was renamed to Motown in 1960 to give respect to the motor city.

Artists who went through Motown came in raw talent and came out refined.  They learned how to read music, dance, dress and etiquette.  They were the full package and looked great on stage and in sync.

Smokey Robinson, Martha Reeves and the Vandellas, Diana Ross, Marvin Gaye, Stevie Wonder, Michael Jacksons and the Jackson 5, the Temptations, the Four Tops, the Supremes and many more got their start at Motown!
Most of the artists were under the age of 21.
Studio A used to be garage. Motown created garage bands!

The Motown Museum was founded thanks to Berry Gordy’s sister Ester Gordy Edwards.  Berry moved Motown to California and Ester stayed in Michigan.  Ester gave impromptu tours to people who stopped by and wanted to see Studio A and in 1985 Hitsville USA became the Motown Museum. 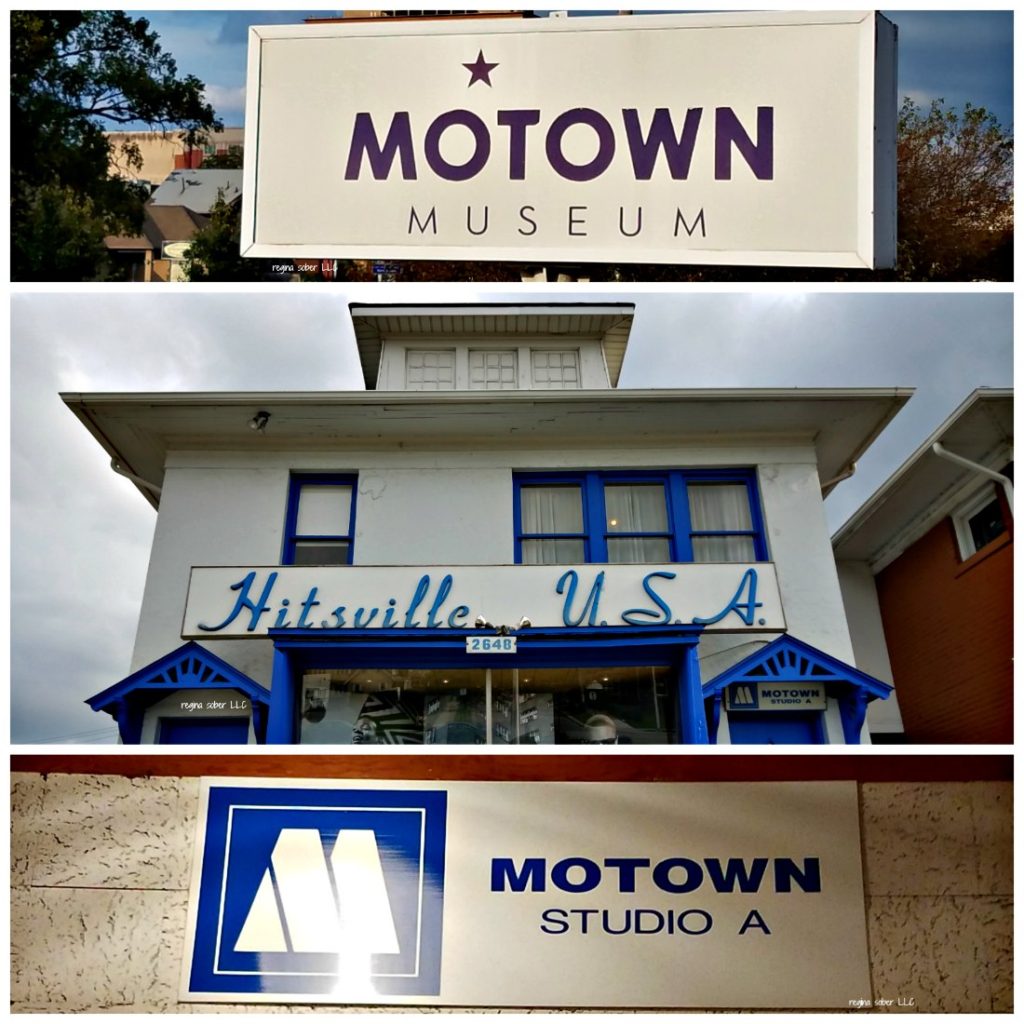 You are given a guided tour of 2 houses that are joined on the second floor.  There is a short video that shares the history of Motown (you are encouraged to dance and sing along).  Upstairs you are given a history of the Gordy family and a display of memorabilia from artists.  The wall is adorned with vinyl records and you can see Michael Jackson’s glove and hat among the memorbilia.

You may notice the strange hole in the 2nd floor ceiling before the guide points it out  This is an echo chamber. Our guide gave an awesome demonstration.  This was used in Studio A.  There was a speaker  and microphone in the echo chamber.  The speaker played music from Studio A in the Echo chamber.  The microphone captured the sound in the chamber and it was recorded.  Be sure to sing into it echo chamber yourself (don’t be shy!).

Upstairs is also Berry Gordy’s apartment where he would stay.  Motown was running 24 hours a day and he would need a place to sleep.  Berry’s brother-in-law Marvin Gaye also would crash there from time to time.

The tour ends in Studio A.  You stand where the artists stood and you get to sing!  It is an awesome feeling that you need to let sink in.  You are standing where so many great artists started their careers and went onto great fame.

Shop around in the gift shop and take a photo of your group in front of the museum.

The tour runs about 1 hour long, tours start every 30 minutes.  You can purchase your tickets online.  Tours on a first come basis, so you might want to reserve your tickets in advance. 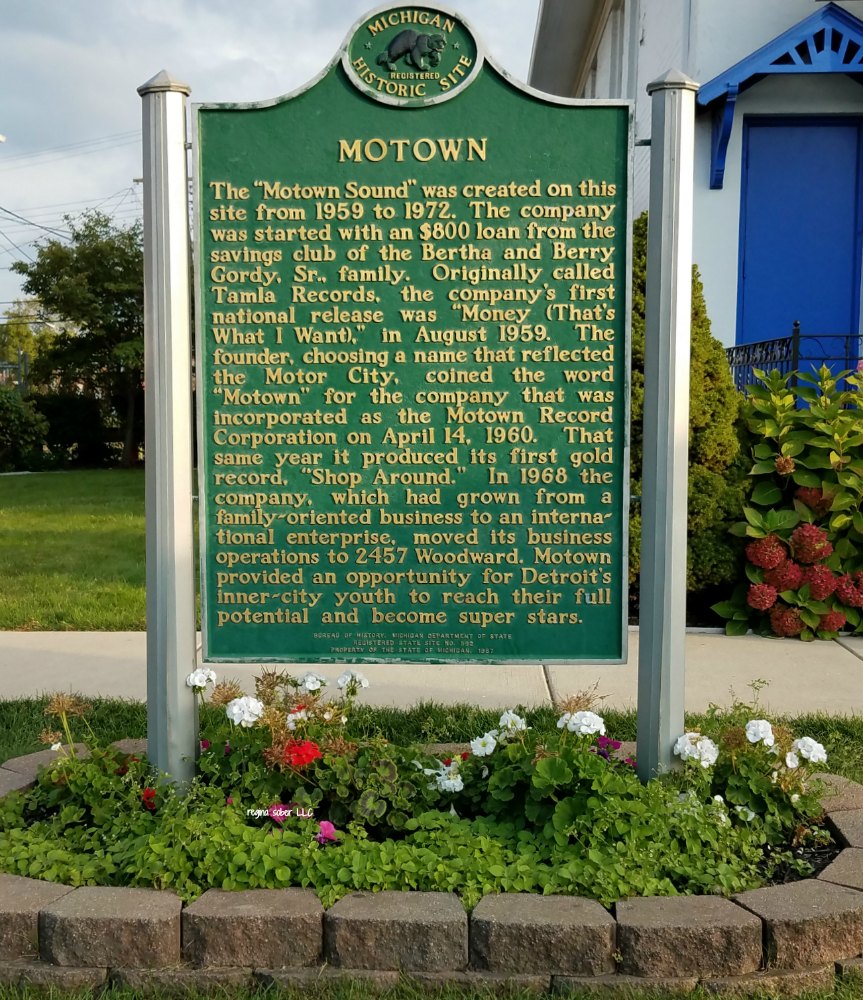