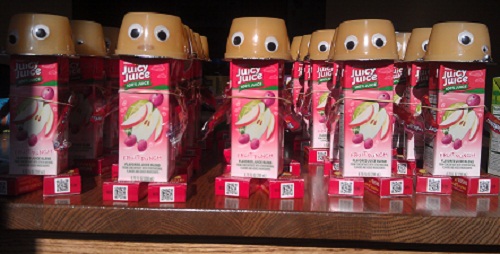 I saw this idea on Pinterest, but there was NO instructions on how to do these (hate when there is just a picture and no instructions).  So I set out to make it up as I went for my kids birthday as there are kids who can’t have sugar, allergic to peanut butter and chocolate, to make a snack everyone could have. 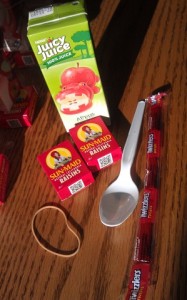 For each Snack Monster, you’ll need:

You will also need a glue gun to make the monster.

To make these, I started out by gluing the eyes on the applesauce containers.  We used Elmers glue. I found though as I was putting them in the box to take them to school for my kids, the eyes were coming off.  So I would suggest using the glue gun to adhere these.

Put the glue on the eye, then on the applesauce container so as not to put a whole in the container. 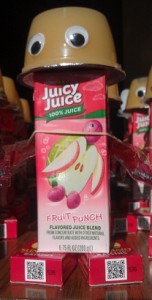 Once those have dried, you can put glue on the metal part of the applesauce and assemble this onto the juice box (make sure the feet and eyes are going in the correct direction!)

Note:  If you used a plastic fruit container without metal, you run the risk of the heat of the glue gun putting a hole in the fruit making a mess and not fun). 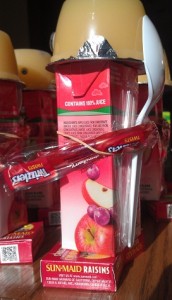 When you are done, you will have a small snack monster army.  This is great alternative to cupcakes for birthdays and snack time when it’s your turn to bring in a snack.

I want to say it took me 1-2 hours to complete, we made 25 of them.  The hardest part, was getting the same of everything (you know kids will fuss over who has what) and I thought I could use Capri Sun and it was not a hard enough surface for the applesauce.

The kids helped, assemble the eyes, and feet, so that added into the amount of time it took as well, but they had fun!  And a healthy alternative to cupcakes!