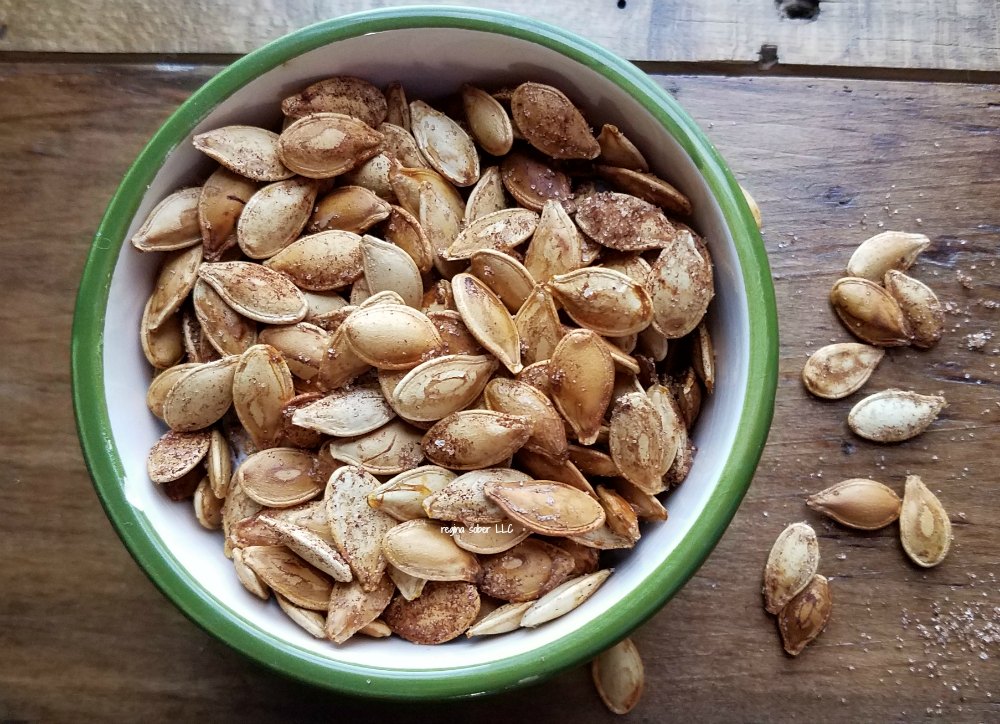 Pumpkin seeds are pretty delicious. But did you know you can add flavors to them, to add another layer of flavor?  You can! We made cinnamon sugar pumpkin seeds as a snack and enjoyed them.

You can make them anytime you have pumpkins.  For us, this is usually when I’m canning pie pumpkins or we are carving pumpkins for Halloween.

Depending on how many seeds you want to make, determines the amount of ingredients, so no measurements.

What you’ll need:
pumpkin seeds washed and removed from the pumpkin
tray lined with parchment paper
cinnamon sugar (mixed like you would for cinnamon toast)

Preheat the oven to 350 degrees F. 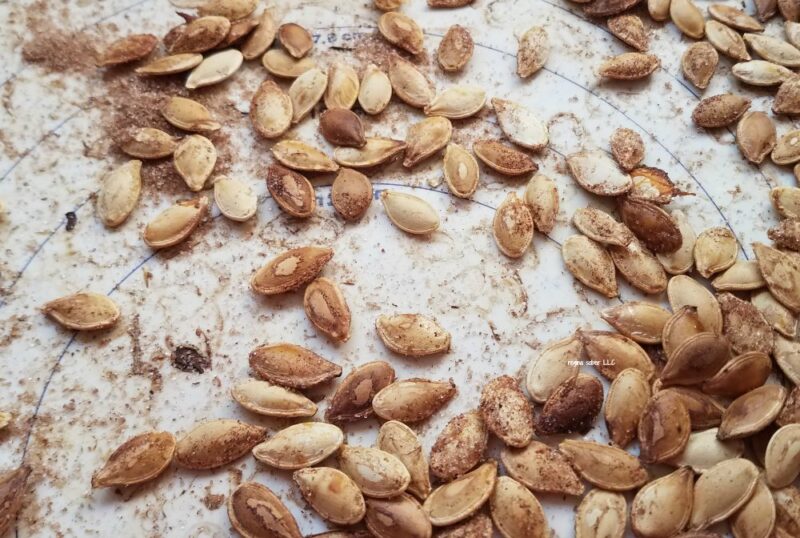 Once you have the seeds removed from the pumpkins you will want to wash them in a colander and remove any pumpkin guts from the seeds.  The seeds can be damp, just not super wet.

Spread the seeds on the tray into one layer.

Cook the seeds for about 10 minutes, they will turn slightly brown.

Remove from heat and allow to cool and enjoy. 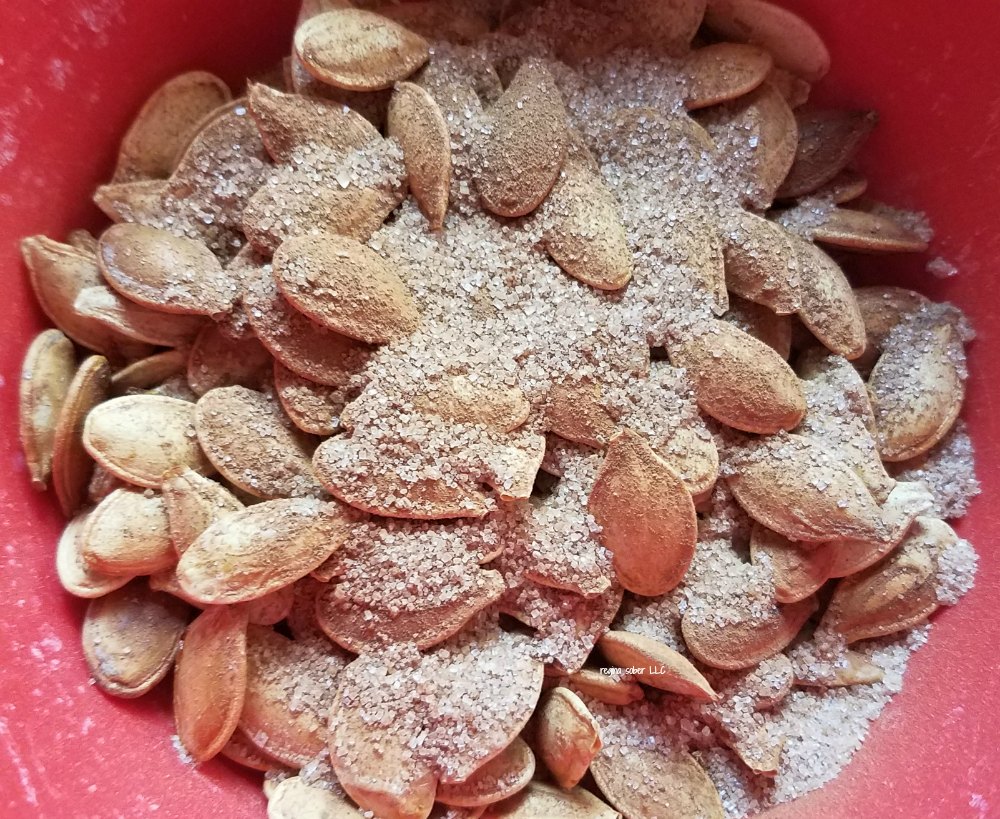